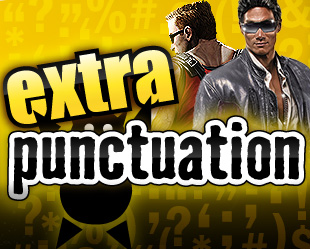 The term 'standalone expansion' (to describe such games as Red Dead Redemption Undead Nightmare, Far Cry 3 Blood Dragon and Saints Row: Gat Out Of Hell) always feels kinda oxymoronic to me. It's not standalone, strictly speaking, if it's based heavily off the engine of the previous game and its sales rely somewhat on players at least being aware of the original. But on the other hand, it's not exactly an 'expansion' either, if it's being sold separately and doesn't bolt onto the original game like DLC does, and if the plot isn't strictly speaking a continuation of the original's. It's like surgically removing a large ovarian cyst and referring to it as a 'standalone human expansion'.

Semantics, semantics. The concept of the 'expansion', or 'DLC', or 'extra bit of game' is an old tradition that goes back to gaming's developmental years. I'm not sure what you'd call the very first example of the practice, the first one I ever encountered in my personal history was Oh No! More Lemmings on the Amiga, which, as the name implies, consisted of more Lemmings.

If you ask me, though, the expansion pack came into its own in the 90s during the golden age of PC shooters. I still have fond memories of buying the Duke Nukem 3D Plutonium Pak that added a whole extra episode and a new weapon and even more opportunities to hear Duke say inappropriate things to women. Although at this time PC gaming was going through a transition from allowing you to run games solely off the hard disk to requiring that the CD be in the drive in order to combat those naughty pirates. So while vanilla Duke Nukem 3D was happy to run off the hard disk, once you installed the Plutonium Pak, the game wouldn't run from then on without the CD of the expansion pack in the drive. What mad times those were.

DN3D's frequent sparring partner Quake had a few boxed expansion packs released, such as Scourge of Armagon. Monolith's early 2.5D shooter Blood had the Plasma Pak. Sin had Wages of Sin. Half-Life had Opposing Force (developed by a fledgling Gearbox Software, trivia fans). Every single one had its own boxed release that stood proud alongside its predecessor. It seemed like that was the mandatory pattern for shooters of the time. You weren't doing your job properly if your game didn't eventually take up at least twice as much space on the store shelf as it had done at launch.

But it wasn't just a golden age for boxed, official expansions, it was a pretty good time for unofficial ones. Half Life in particular had some great fan-made expansions for people like me who couldn't get enough Half-Life, usually released freeware. The kind of thing that was a staple of the PC Gamer cover disk for a while: They Hunger, the Xeno Project and Sweet Half-Life are the ones that come straight to mind. I myself did a lot of playing around with Duke Nukem Build, to the point that I could probably remember most of the keyboard shortcuts if pressured. Dabbled with the Half-Life level editor a bit, but not to the same extent. 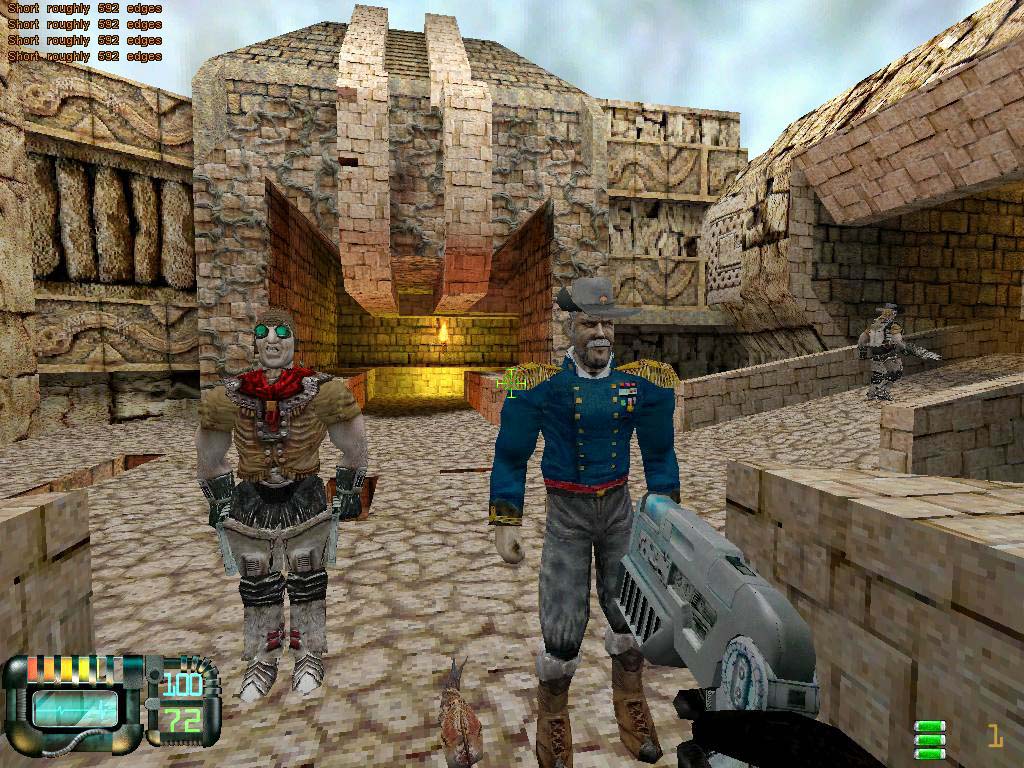 Some fan-made expansions even gained official backing, such as in the case of Gunman Chronicles, a Half-Life total conversion that managed to eventually swing a standalone release. It was a fun bit of fluffy nonsense about cowboys in space, and we all know what we say when someone tries to do cowboys in space, don't we kids? We say "I preferred this when it was called Cowboy Bebop". Preferably in unison if there's lots of us around.

I suppose that kind of thing is what made this particular age and sector of gaming one of the ones I have the most nostalgia for, personally. It felt like there was much less of a barrier between the players and the developers of triple-A games. The industry wasn't so absurdly big-money that the suits got nervous if they didn't hold it all in their iron fist. You could turn on god mode and noclip and just sail around the level map, seeing all the hidden nooks and crannies, without having to download any mods from suspect file sharing sites that keep trying to get you to submit your email address.

And the Gunman Chronicles example paints it as an era of brief resurgence for the concept of a 'bedroom programmer', which had dropped off from its heyday in the dawn of home computing, when anyone with an idea and some technical skill could create something that might be picked up for publication on whatever passed for the triple-A shelf. Yes, we live in an age now when anyone can make Flappy Bird and try to sell it on one of the many digital distribution options, but there's a pretty massive gulf between those and the titles that corporations are spending one hundred million dollars on to get pushed into our faces. It parallels the ridiculous levels of income equality in America. Even on the previously somewhat democratic iOS store, you'd be hard pressed to find many things in the top 100 or featured page that doesn't have some pretty big corporate muscle behind it.

But it's more than just financial equality that the 90's expansion scene represented; it also represented a sort of cultural exchange, in which something like Half Life became more than just a game: a culture. Through the segments of additional fan-made story in things like USS Darkstar we saw the original property through a multitude of different perspectives. It wasn't quite like fan fiction, it was more a harkening back to an age before copyright law was such a big industry, when multitudes of people were writing Sherlock Holmes and Lovecraft stories in expression of their shared love for the originals.

This age of DLC doesn't feel the same at all. DLC isn't an exchange, it's a handout. Triple-A these days is standing on the parapet of the ivory tower, sprinkling dandruff down upon the masses, hiring big scary people in suits to make sure the plebs only enjoy it in the way intended. We finish the meal that has been bestowed to us, and we have the option of shuffling up and saying "More please!", holding out a plate for them to ladle another handful of flakes onto. Expansion packs weren't just about 'more please', it was about seeing an old beloved thing through a fresh perspective. These 'standalone expansions' with their sudden zombies and wacky left-turns feel a bit closer to that, but the fact that they're usually made by the same developer and commissioned by the same publisher feels like missing the point. It's like writing fan fiction for your own property. Or switching to your other hand while masturbating.