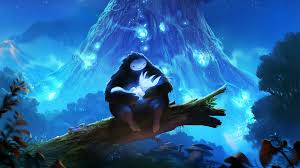 I'm disappointed in you, game-buying public. I'm disappointed by the 'Overwhelmingly Positive' summary label that appears next to the user review section of Ori and the Blind Forest on Steam. Not angry, just disappointed. I mean, it's not bad as games go. It passes the time. Controls alright, animation's really good, I certainly wouldn't judge you harshly if you did enjoy it. But it's a classic example of style over substance, and there's something awfully hollow about it.

It's yet another platformer that follows the 'indie game formula' I've been talking about for years. The formula that always seems to guarantee critical acclaim on the indie circuit - a 'cute' or 'innocent' character, usually a big-headed child, exploring a frightening world much bigger than them. Very often with an emotional soundtrack. And 'emotional' is the key word here. This formula always seems to do so very well because it's a blatant play to emotion. Nothing wrong with that in itself, there are plenty of really good indie games that use the formula (and even non-indie games like ICO) and it's not an automatic strike against a game, but I get slightly annoyed when people praise the storytelling just because it's 'touching' or 'heartfelt'.

The basic approach can be effective, but it doesn't last. You forget about it as soon as it's done, it slips straight down with no effort like a honey-covered raisin. Truly great writing sticks with us, it gets inside our heads, in all three of the above cases: the creeping existential dread from horror, the scenario that gets funnier the more we think about it from comedy, and in drama, our sympathy for a character growing over time as we get to know them and their struggles, not just because they make us go 'D'AWWWW'. 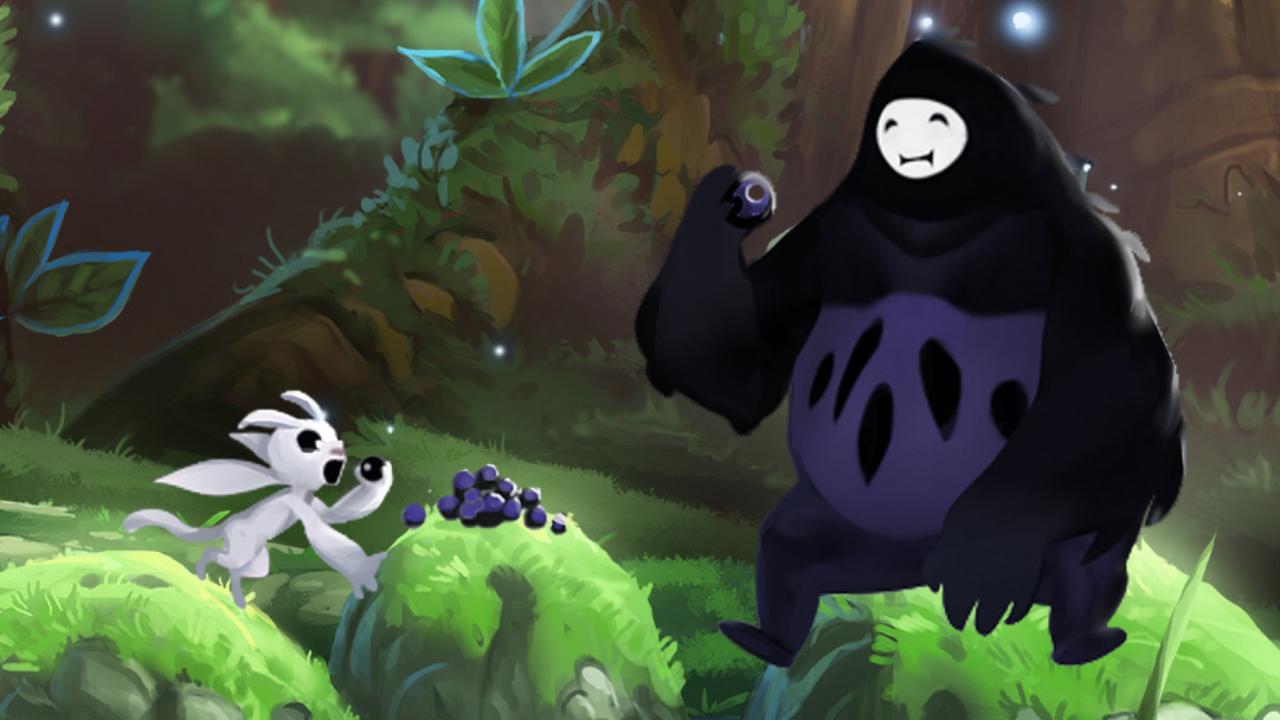 Our brains are hard-wired to care for our young, that's why most people find the sound of a crying baby so irritating. We see a little adorable thing that doesn't look like it can take care of itself and our nurturing instincts kick in, even if the character is, in practice, extremely capable. There's no effort involved in making us sympathize with something cute. If you're automatically sympathizing with the character at first glance, that's how you know you're being manipulated.

And just to be clear, I'm not saying there's anything wrong with any of this. I was into Ori at first, after the intro sequence, even though it was blatantly manipulative. Yeah, we're a cute little cat rabbit thing, yeah, parent dies and we venture alone into the scary world, yeah, it's the emotional character drama equivalent of popcorn chicken, but who doesn't like a bit of popcorn chicken every now and again? I was on board. The problem with Ori is that it can't follow through. Everything it does after the heartstring-tugging at the start indicates to me that it doesn't have a firm grasp on what it's trying to do. It opened the jar of lovely sweet cookies and reached for the top few, but then it went too far. It thought "Hey, I bet there's tons of sweet cookies in here," and then it got its hand stuck.

When the game actually begins, the plot makes a rather clunky gear shift into a bog standard eco-fantasy Light Good Dark Bad save the world sort of area. The main character has barely shaken off the dead mum thing when the big world tree (it is always a big world tree) nags her to go put various glowing MacGuffins into their designated slots in order to save the world. What they did here was go from a personal situation to a global one with one single jump, and the personal feelings of the main character are no longer part of the story. They have no choice but to save the world because otherwise there won't be a world for them to live on. It's not an interesting motivation because no-one in their right mind would disagree with it.

Here we're getting into serious spoiler territory, so don't say I didn't warn you. It turns out that someone does disagree: the main villain, and they are indeed not in their right mind, working to destroy the world out of irrational anger rather than a calculated agenda. So at the end they conveniently calm down and change their mind, instantly reversing all the damage so that no one has to face any consequences for anything. Which rather undermines the struggle we've been putting ourselves through for the last six hours when it turns out it mightn't have been necessary if the big baddie had just sat down and had a nice cup of tea until they weren't so cross anymore.

I think the ending is the core of my issues with Ori's story. The thing about the small-child-scary-world formula is that part of its appeal is that it automatically carries 'coming of age' as a theme. It works because it's something everyone can relate to. We've all had to go through the process of growing up and learning to cope with adulthood and independence (at least, I assume we have; the comments on this article will probably gauge that). The keyword is 'growth'.

And Ori and the Blind Forest misses the point, because no growth has taken place by the end of the game. I remember the exact moment that whatever hope I had left dropped out of me like a high-fiber diet: it was when the parent figure whose death kicked everything off was magically brought back to life. And then it's the actions of the newly resurrected parental figure that ultimately result in the big reversal, with the main character (who is the only character who could be said to have had 'growth' since they've been gathering power-ups throughout the gameplay) being unconscious with no involvement. So from a starting point of idyllic innocent hiding behind mother's skirts we come all the way around to the exact same position behind mother's skirts. Down goes the honey-covered raisin, gulp, now we never have to think about it again.

I can possibly see the line of thinking. We start with bringing our innocent hero to their lowest emotional point, let's counterbalance that with as sickening a happy ending as possible where everyone comes back to life and the villains turn good and they all have a big party. But that doesn't compliment the tone of the opening, it cancels it out. It's like losing ten pounds and celebrating by eating an entire pig.