I didn't realise until after I'd already submitted the review, but it turns out that Yoshi's Woolly World isn't out in America until October. It's been out in Europe and Australia since June. This does happen sometimes, we here in Australia are pretty jaded to paying the nicest beaches tax, but every now and again Japan decides to wipe something off on us because we're near and convenient and the US version has to wait a bit longer so they can add angry eyebrows to everything.

So yeah, sorry, Americans, I do prefer that my videos come out after the game's been out for a while so that everyone can have a chance to play it and we can all share a jolly good laugh at the nasty things I say. In this case, it's probably not worth losing too much sleep over, since Yoshi's Island has been out for decades, and Yoshi's Woolly World plays a whole lot like Yoshi's Island, just without Baby Mario or huge amounts of rotation and scaling to show off Mode 7 technology. It's still got a huge amount of rotation and scaling, but now it doesn't need an excuse. 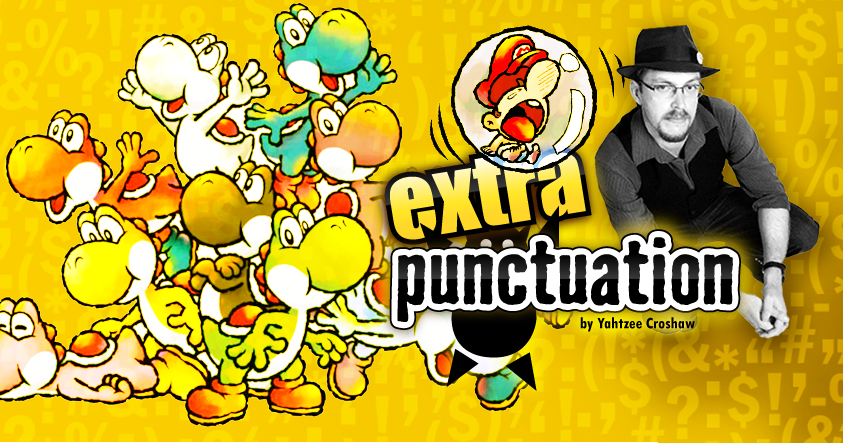 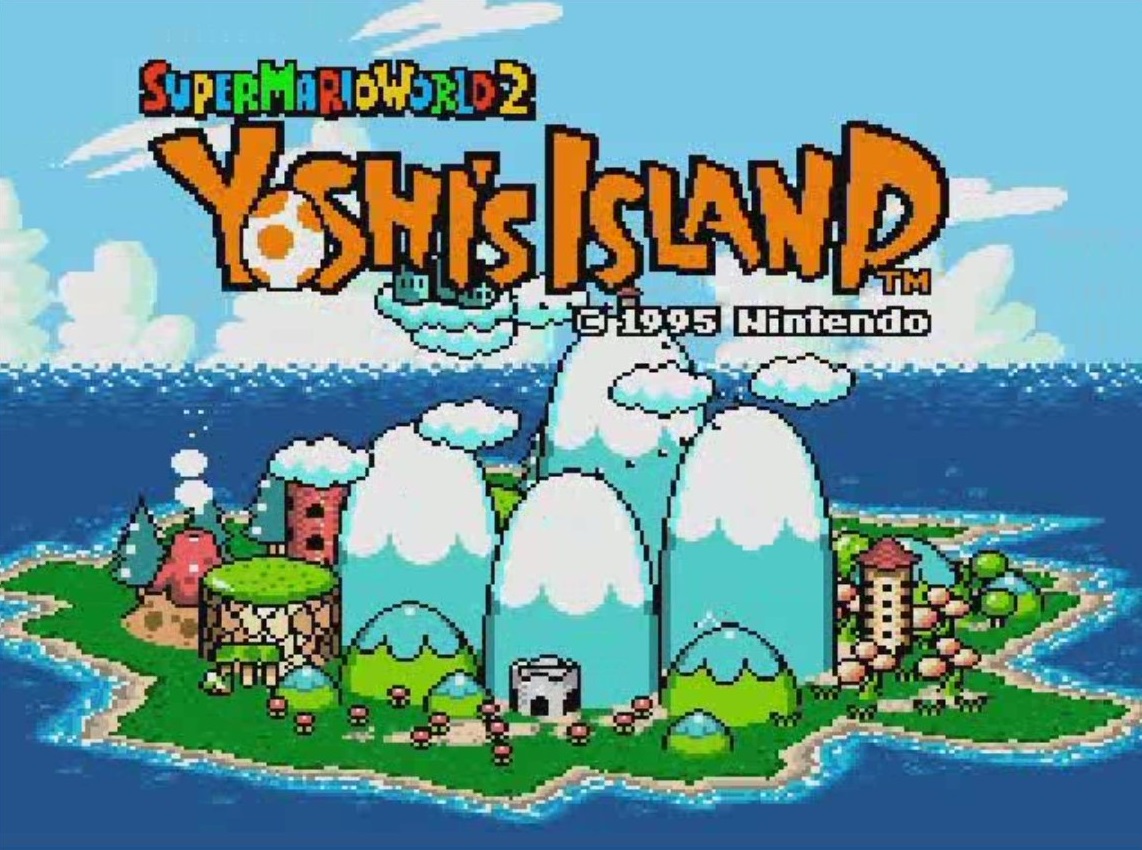 Let's all sit down, get comfortable, and be frank and honest about our retro opinions among friends. I never liked Yoshi's Island, not even in its first incarnation. That wailing little bastard you had to carry around like someone had duct taped a smoke alarm to the side of your head and made you run through the car park of a large office building at 10am was certainly part of it. If you get hit by an enemy, you lose health, you want to back off to a safe distance and prepare to do better next time; you don't want to have to be chasing after floating screaming babies, the reminder that you're fucking up your chance of 100%ing this level foaming in your ears with every decibel. And don't think I didn't notice that the individual Yoshi you're controlling changed from level to level. If the Yoshis couldn't put up with the little shit for more than ten minutes, why would they expect us to?

But I can't lay all the blame at the foot of Mario's crib. I feel that Yoshi's Island was throwing way too much at the player all at once. You had the babysitting, and on top of that, you had eating enemies, pooing them out, throwing the poos around with slightly annoying aiming controls, and that weird Liu Kang bicycle kick thing you do while jumping; that's an awful lot to keep in mind while you're navigating a level's hazards trying to find all the secrets.

This was all because we were on the tail end of the 16 bit era and 'innovation' meant coming up with more features and more complexity to freshen up established formulae as technology became powerful enough to support it. As opposed to how it is now, when games have gotten about as complex as they'll ever get with current interface technology, and innovation very often now means refining, streamlining and simplifying the way we do things.

But what I really didn't like about Yoshi's Island was the way it emphasised the psychotic 100%er gameplay. In many ways it was rather ahead of its time. You can see in it the protoplasm of what the collectible sidequest would become in today's Assassin's Creeds and suchlike - a meaningless checklist of flags with rarely any better reward than acknowledgement that you tripped all the flags. Every level contains five flowers and twenty special coins, and as well as finding all of them, you need to end the level at full health to get the perfect rating on that level. 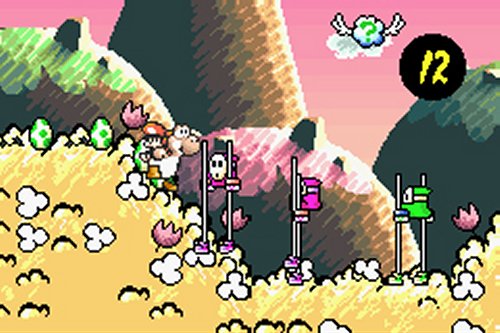 And no, there's no overt punishment for not getting perfect on every level, but there doesn't have to be; the conspicuous absence of a reward is a punishment in itself. It's enough to know that you're not quite up to standard, and as easily as that, it's suddenly not about having fun anymore.

See, Yoshi's Island introduced (to the core Mario series at least) the notion that there could be tiers of success. There was none of that in Super Mario World. You could end a level as tiny Mario, you could end it with two power-ups, a third in reserve, and a Yoshi standing proud and erect between your legs, but the game called that the same thing either way. A tick was a tick. That level was done, move on. Often the level wouldn't actually be done because there were secret paths and keyholes we could have taken, but the game would have the decency not to hang that over us, making the accurate assumption that a lot of us couldn't give a shit.

Also, in Super Mario World, secret paths lead to alternative exits from the level, that lead to new routes in the world map. Which is a highly tangible outcome, and one that rewards the player with more gameplay; to my mind the best kind of reward in a video game. In contrast, finding all the secrets in a Yoshi's Island level meant that you had found all the secrets, and little else. Yes, in Woolly World you can unlock an extra map in each world if you find every single flower in every other level, but that's a much taller order than finding one secret in one level.

You could also deduce the presence of a secret in Super Mario World, if an area has a suspicious lack of a ceiling that might imply a hidden route up, or if you saw a keyhole missing a key. In Yoshi's Island and Woolly World the game's visuals flat out deny that secrets exist, keeping them invisible until you touch them or making passthroughable walls that look exactly the same as all the other walls (Passthroughable is totally a word and in the right Scrabble game I will defend that point to the death). It fosters the paranoid need to go through levels with a fine-tooth comb because you can't trust the evidence of your eyes anymore.

The whole notion that it can be possible to not just beat a level, but also to beat it 'properly', is inherently inorganic. In the Super Mario World example it doesn't matter how you limp past the finish line, just that you pass it. That's organic, you set the basic task and let the players find their natural level. When you start bringing out a checklist and determining whether the goal has been reached the 'correct' way, that's when you're insisting that players toe the line, so you can squeeze them all into the same box. It's the precursor to the modern triple-A world of invisible walls, strictly linear paths, and the clamping down on creative thought and emergent gameplay. So basically, if you disagree, you're probably a communist.