I don't want to give the wrong impression about Freedom Planet. It's a fun game, really. It does the Shovel Knight thing where it captures a retro style with uncanny accuracy while simultaneously elevating it with solid design and lovingly detailed graphics, finding the right balance between nostalgia and efficiency. And I appreciate that it includes a mode that allows you to just play the levels without the cut scenes. I would certainly have made use of it were I not a critic duty bound to analyse the whole package.

Because the story is, not to put too fine a point on it, excruciating. It does the very opposite of enhancing the gameplay, in that it would interrupt the game for prolonged cut scenes of the characters doing very little of relevance, such as having dinner, or staying up late watching TV. The intention presumably being to create moments between them and develop them as characters. The problem with that is that they are all intensely irritating, with cliched personalities and no relatable flaws. And in the case of the rabbit girl, no clear role in the plot. 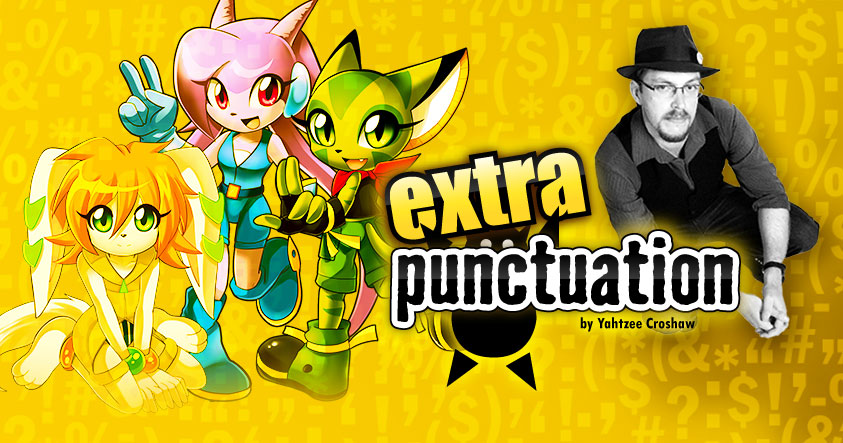 (Addendum: after I wrote that I looked over the Facebook comments on the video and noticed one apparently from someone who worked on the game wanting to let me know that what I'd interpreted as a rabbit was supposed to be a dog. Forgive me for finding it difficult to interpret which species each character is intended to bastardize in an art style where everything looks like a cross between an owl, an axolotl and a stick insect)

The French writer and aviator Antoine de Saint-Exupéry is credited with a quote, one that I take to heart in all my writing and creative endeavors: "Perfection is attained not when there is nothing more to add, but when there is nothing more to remove." So I ask myself, would Freedom Planet have been improved by taking out most of the story, as it was presented? The answer is, shit yes.

I know people will tell me that all my complaining is rendered academic by the presence of the Classic Mode that does omit all of the story scenes. All the stuff I'm complaining about is completely opt-outable. One little choice on the opening menu and it need never set its offensive foot in my little private world. Well, my answer to that is the same one I always give to the 'if you don't like it ignore it' defense: it still offends me because it takes up space that could have been occupied by something else. Something better. I never touched the multiplayer mode in Spec Ops: The Line, but it still offends me, because I know effort had to be spent on it that could have been spent on rendering more dead civilians.

It's not that I'm forced to experience it, it's that it drags down an otherwise perfectly decent game, which could have become a modern classic with a halfway decent narrative. The one that it has gives that slightly awkward feeling of something that exists more for the gratification of the author than the audience. It's like idly browsing a Youtube channel full of clips of attractive women blowing out birthday candles, and coming slowly to the realization that you're looking at someone's jerk-off material. 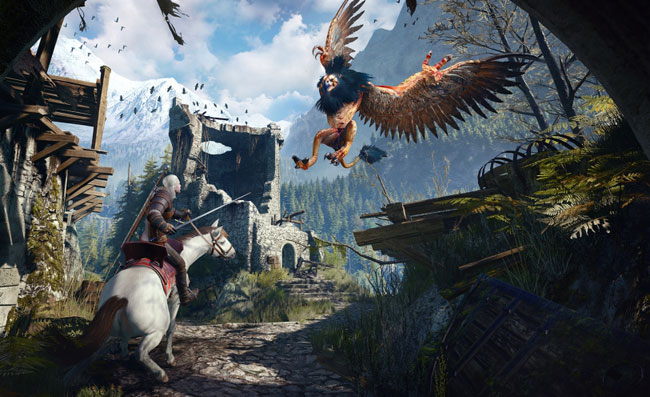 A few weeks back after doing Witcher 3 I discussed (if that's not too generous a word) the concept of the obnoxious 'Mary Sue' author insertion wish fulfillment character as applied to video games, specifically in reference to Witcher 3's Geralt being improbably great at everything but presented as a tragic figure despite none of his impediments actually impeding him in any way. The conclusion I eventually rambled to was that, while a Mary Sue is obnoxious in a non-interactive work because no-one but the author relates to them, there's a closer connection between author and audience in a video game story and we automatically relate to a character we're controlling.

But now I think Freedom Planet offers a better example of what a Mary Sue is to a video game story. Being improbably skilled and the center of attention is arguably inevitable when it's demanded by gameplay, but a line is crossed into obnoxious territory when the author's need to show off the character starts to detract from gameplay, such as by interrupting it for prolonged 'character building' cut scenes that don't actually do any building and just seem like an opportunity for smartarse dialogue. See, that connection between author and audience that makes players more forgiving of the protagonist gets weaker as the gameplay is interrupted or stops being fun.

Feel free to blow me out of the water on this if you think I'm way out of line, but has anyone else noticed that Sonic the Hedgehog fans tend to be a bit weird? I know, it's a revolutionary observation, but once you see it you can't un-see it. The fact that Sonic games continue to be bought reliably enough to bankroll new ones points to the oddness of the audience well enough, when it has long been established that finding a good post-nineties Sonic game is like finding a newt with five legs. But more specifically Sonic fans seem to particularly gravitate to the world of author-insertion wish-fulfillment.

There's a fun little exercise you can do to help understand my point: Go to Google Image Search and enter the phrase '[your first name] The Hedgehog'. You will always, always find an original character, usually on Deviantart, drawn in the Sonic style. I just tried this out with 'Mengele the Hedgehog' and sure enough, bam.

I wonder why this should be the case. I don't want to leap to the obvious explanation that rabid Sonic fans are all furries who want to bang Princess Sally Acorn. I'm sure that's only a significant majority. It just seems odd that they should latch onto the fictional universe of Sonic as opposed to anything else with anthropomorphic animals in it, like, say, Star Fox, or Winnie the Pooh. Is it just because Sonic is the perfect storm, also combining video game nostalgia, slightly maturer themes like eco-terrorism, and a main character with the kind of cool lone wolf Peter Pan attitude that appeals to homeschooled young people who never leave the house? Who knows. All I know is, if you find yourself dating a Sonic fan, get a good look through their bedroom cupboards before they can surprise you with the pot of blue body paint and the contact lenses the size of saucepan lids.