Welp, the Assassin's Creed franchise is officially running on fumes. There are only so many times audiences will be interested in watching a stock cheeky bad boy reconquering a historical city from moustache-twirling Templars because of a vague personal motivation. Syndicate feels like something that was lazily knocked out of the template for the sake of having something to make money this year, with some minor gameplay innovations that seemed to have been assembled not with any of kind of serious critical thought but more with an attitude of throwing shit out and seeing what sticks. 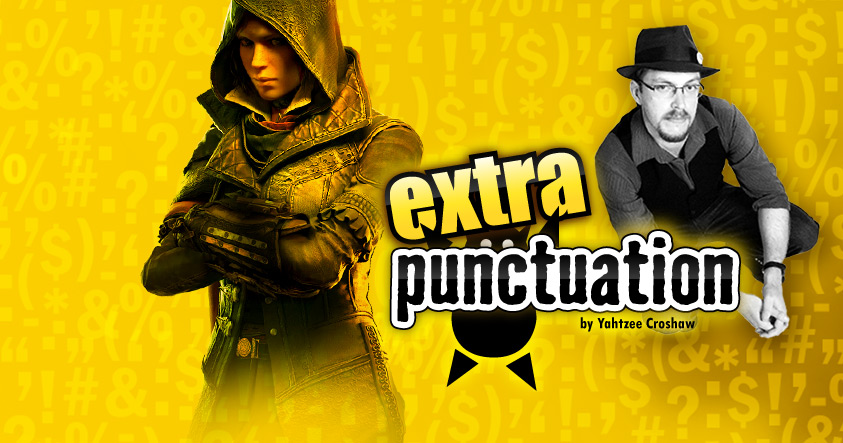 I already stated that the hookshot thing is more a removal of gameplay than an evolution of it, and now that I've had more time to think about it, that whole business with having a street gang on hand felt like it would be more suited to a game primarily about direct combat. And surely the point of Assassin's Creed has always been to incentivise indirect combat, clean kills and clean escapes, and I've been playing them on the assumption that the direct combat is deliberately kind of shitty and boring for precisely that reason.

Not that I want Sasso Creedo to remain rigidly contained within what I personally perceive it to be. After all, it went way outside the norm with Black Flag with the pirate ship gameplay, and that was really good. But it didn't solve whatever the problem is with Screedo so much as distract from it; the moment you got off the ship and went back to having to tail people through villages, all the annoyances came speeding back like a wrecking ball on the return swing.

I said at the time of Black Flag that the pirate ship gameplay wasn't the series as a whole showing improvement because there was no way the sailing could possibly become a permanent addition alongside the franchise's stated remit to explore a variety of major historical periods. There were no epic pirate ship battles going on in the river Seine during the French Revolution. Maybe you could replicate the same feel without it being ships on an ocean, by basing the gameplay around sailing a wave of anti-aristocratic fervor on a big mobile execution platform propelled by Robespierre's farts.

But I think we've already established that the rot runs a lot deeper than a pirate ship can help. So where did it all go wrong? The last Assassin's Creed with actual Assassin's Creedy gameplay that I appreciated was number 2, our first Ezio instalment. It was over the course of the Ezio trilogy with Brotherhood and Revelations that things started to get a bit silly, when AC2's minor side venture of city management turned into the main event, and the series began its bad habit of attempting to innovate by adding more new weapons and abilities that achieved pretty much the same as existing ones, but easier, which again is more of a removal of gameplay than an innovation. 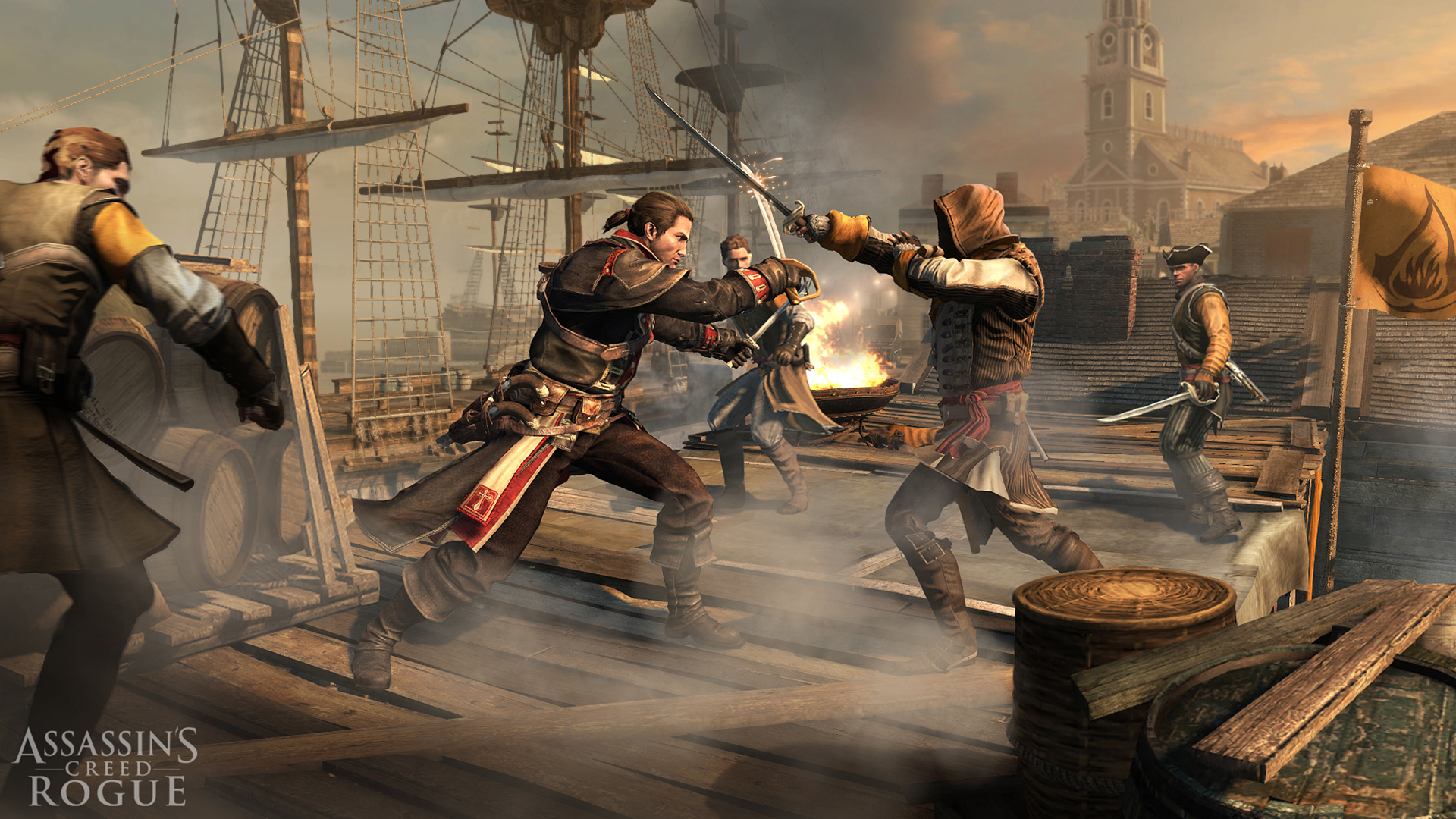 More importantly, Assassin's Creed 2 is driven by the narrative, and the development of Ezio as a character over the course of about twenty years of his life. He moves between a number of city sandboxes as part of his ongoing quest for vengeance, and while there's plenty of sandbox gameplay, Ezio's path is still central, with additional play areas and gameplay elements unlocking as you proceed along that path.

Brotherhood and Revelations began the trend of emphasising the sandbox and the side activities first and the narrative path second. Ubisoft has gone pretty sandbox crazy these last ten years or so and the push for bigger and more detailed sandboxes seems to have gone hand in hand with this idea that player choice and freedom must also expand with it. These days, in Syndicate, you're free to attempt to conquer the entire sandbox between story mission one and story mission two, with no development path provided beyond a dry 'recommended level' number. See, in Screedo2, every aspect of the game was driven by the central story, whereas in every game since, the story has been this miasmic cloud hanging over a sprawling playground blotted with boring repetitive missions and collectibles. 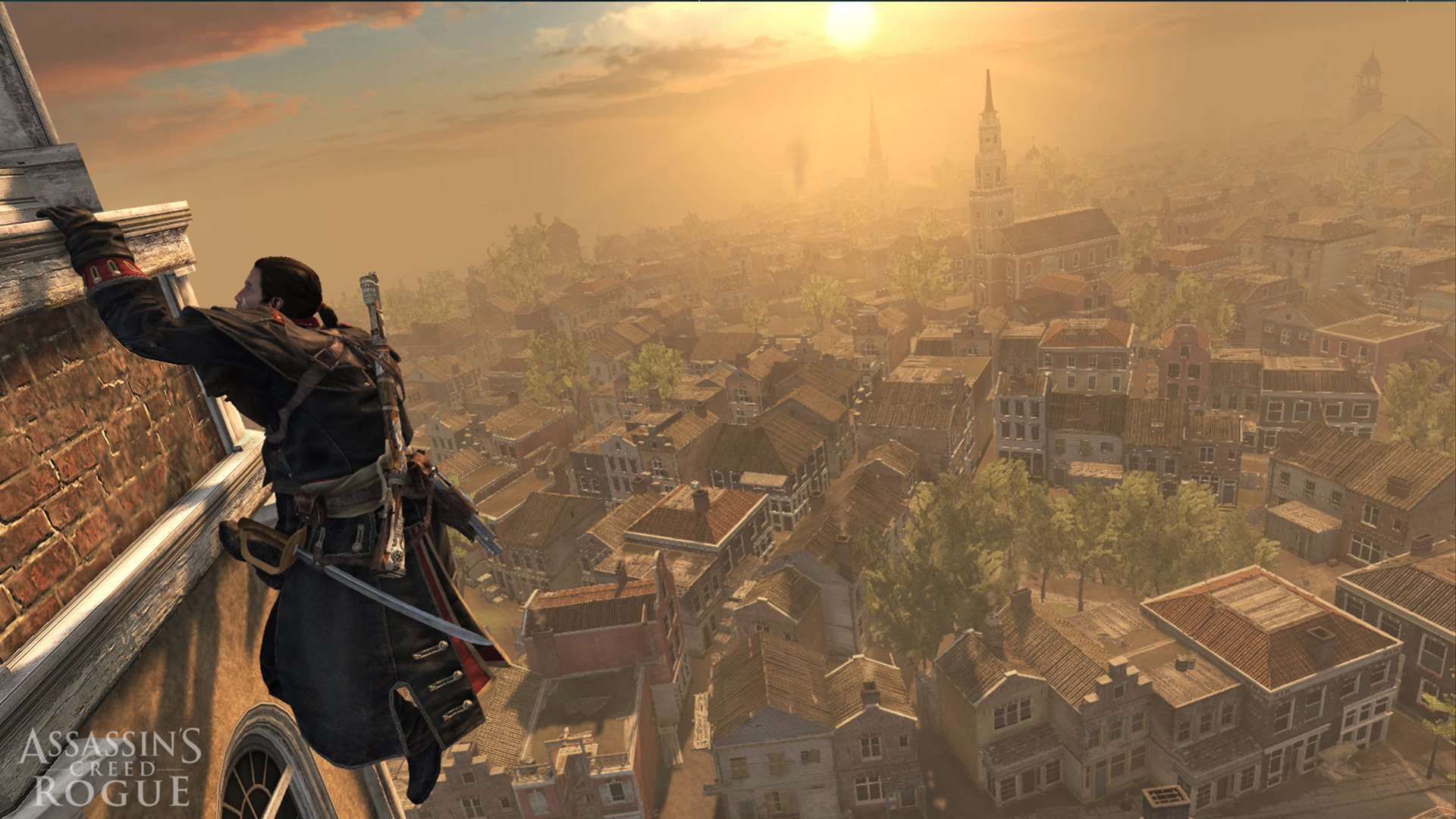 I don't know how much money Assassin's Creed Syndicate has made, I'm going to do as I always do and expect to be disappointed, so I presume it'll at least make its funding back, although it may take a while. And as long as it does, Ubisoft have no reason to listen to my little ideas of how to improve the series from a critical standpoint. But audiences have got to get bored eventually if you keep trotting out buggy bland garbage like Unity and Syndicate year in year out, so when the income does start to dip maybe they could consider the following.

The fact is, a load has been blown, and it's clear to us all now that the sandbox, rather than being some kind of game design zenith that all properties must aspire to, has some serious disadvantages. The obligation to innovate pushes it to become bigger and more detailed and the result is that you've ditched the gourmet seven-course meal in favour of giving us a great big trough full of chips and gravy. But what a lot of people forget is that it's possible to innovate down as well as up. The example I like giving is Silent Hill 2 - it started from Silent Hill 1's frankly rather camp plot about a dark pagan cult wrapped up in smalltown conspiracy and pulled the drawstrings a bit, focussing on a single character and three or four others, making for a much tighter and more satisfying experience.

So here's a thought: why don't you make an Assassin's Creed that isn't a sandbox game? The current model isn't working, let's tack to the other side of the wind and see if things move any quicker. A linear story, with some string-of-pearls open-endedness to the missions a la Hitman: Blood Money and the like, but ultimately very firmly gated. It'd mean being able to have a story that isn't manacled to the obligation to let the player return to the same sandbox after every event; the state of the game world could actually permanently change in significant ways. Ditch all this nonsense we've accrued relating to management and collectibles and token historical side missions and isolate your problem by stripping things down to the wires. Focus on one thing and make the best damn parkour-assassination gameplay you can.

Oh, the same kinds of people who insist that every single PC game right down to the indie retro platformers must run at 60 FPS will complain about the reduction in tech, but fuck 'em. People complained about Silent Hill 2 not being about characters from the original and no-one listened to them, either, after the reviews were a matter of record. At this point, what is there to lose? A sterling and long-standing reputation for boring interchangeable shit?