As a great man once said, where did we come from, where did we go, where did we come from, cotton eye Joe. More to the point, where are we at? In the world of video games, I mean. 'Cos I made a little snark in this year's E3 video that the major games publishers seem to have formed the Back To Formula Gang, with promises of new Halo, new Gears of War and new Tomb Raider. And, as ever, it's always a little disappointing to be proved right on things like this. 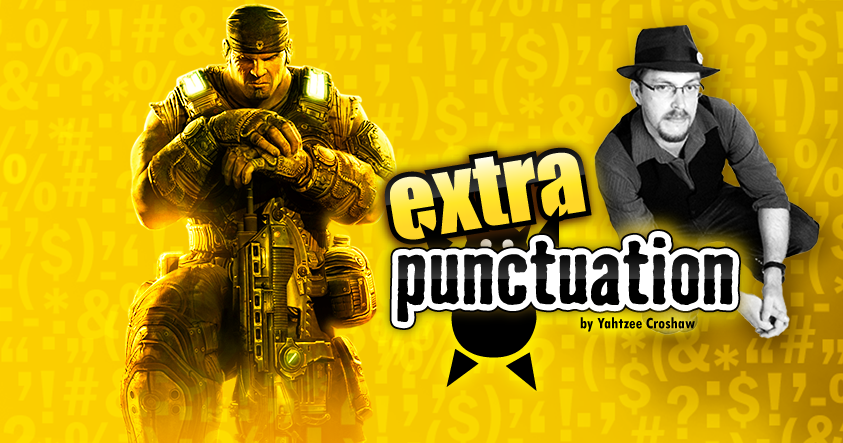 Because I look at Halo 5 and wonder how far triple-A games have really come in the three years that have passed since Halo 4. It's not that it's been an uneventful time. The Wii U came out just after Halo 4 did, I know, because my review of Zombi U was like a week later, a bold and somewhat experimental game that for better or worse forced itself to use the new hardware of the console. And which you'll note was recently re-released without that innovation.

But let's not forget that the entire new console generation came out between Halo 4 and 5. And I don't know if anyone else feels this way, but it's like there was this starting period where an attempt was made to make next-gen actually feel next-gen, and which has now ended because it was too much effort to keep going. I see very little in the current slew of new instalments of the same bland tripe that couldn't have been (and arguably was) done perfectly as well on the previous generation.

Which means, as I persist in saying, that we were suckered and fell for it. Ultimately we spent all that money buying the new consoles for one reason only: because they said we had to. And after a while the cardboard facade of progress fell off and they can't even be bothered to pick it back up.

You might think it's a bit much to take the state of the Halo franchise as some kind of barometer for console gaming as a whole, but it's as good a microcosmic representative as any, because it combines inexplicable popularity with a persistently boring flatline of an experience, so you know that if we ever end up back there then things have gotten a little bit desperate. When we talk about going back to formula, when faith in the more recent innovations has been wavering, Halo literally IS that formula: you shoot aliens in space and there's a blue lady with big tits. It's the kind of nice, uncomplicated territory one might want to go to and sit in for a while to rethink your life. 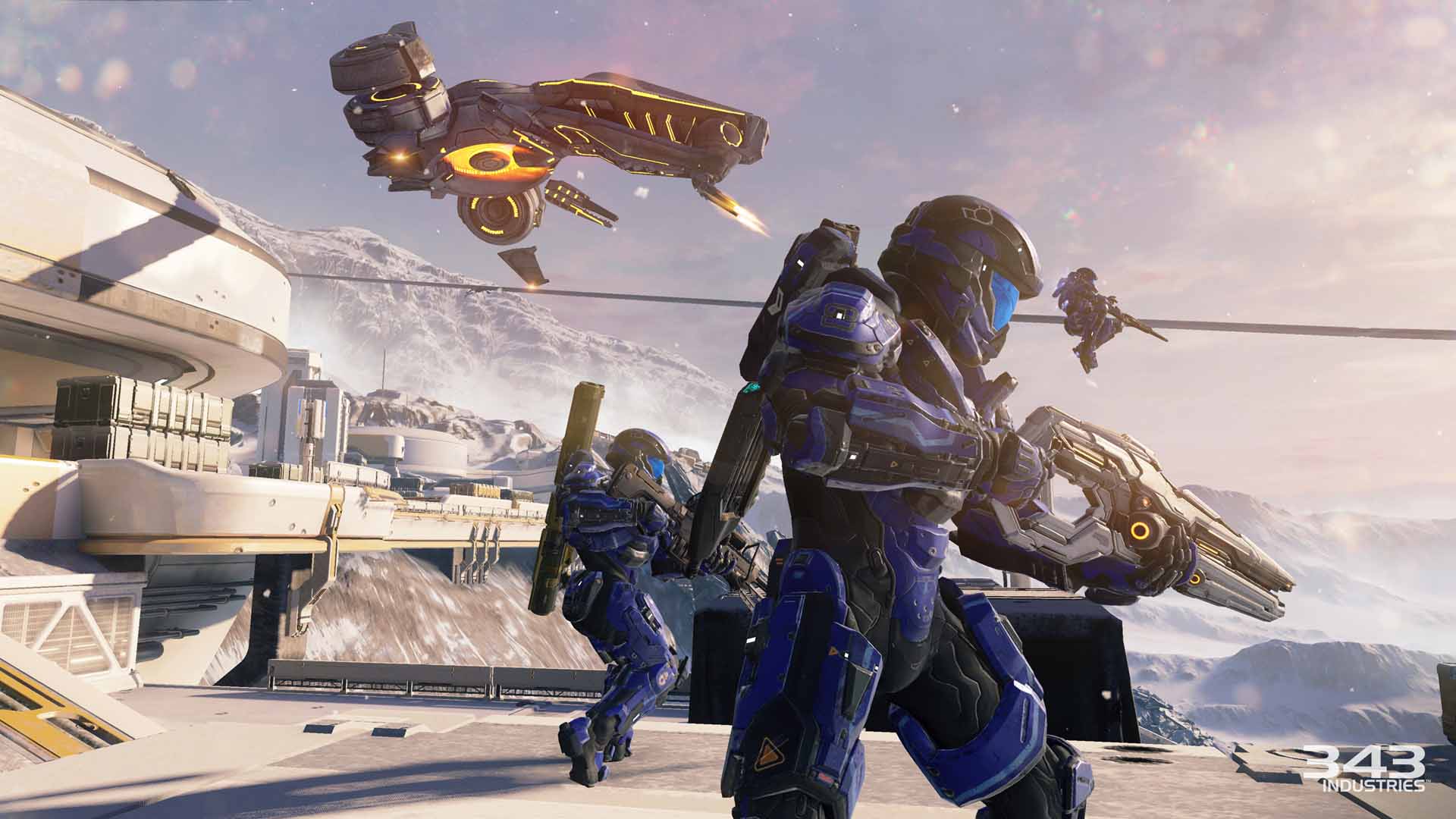 I think video games have recently come out of a very strange adventure that started with the Wii. At the time of its launch in 2006, we were in the closing days of the sixth generation of consoles, when the PS2 held sway. This is still to my mind the peak of console gaming in many ways, most of my favouritest games of all time came out in this era, and that's largely because technology was at a point where there was limitless potential available to game developers, but it wasn't so arduous or expensive to develop for triple-A that third-party creatives with big ideas but less cash weren't alienated.

Perhaps I flatter myself here but I seem to remember realising when the PS3 and the Xbox 360 were announced that they didn't represent much more than an improvement of graphics, something that felt questionably necessary at a point when hardware and memory capacity was about as good as it needed to be to realise most visions of gameplay (that is evidenced fairly clearly by the fact that most lower-budget indie games have remained on roughly the same technological level ever since). All a push for shinier graphics was going to do, I thought, was reduce the number of people with the funds and facilities to develop for triple-A.

You may have noticed by the amount of triple-A developers and publishers that packed in and died in the intervening years that this proved a completely valid concern. But then there was the Wii, and Nintendo clearly saw the writing on the wall. That's why the Wii wasn't that much of an upgrade to the Gamecube's hardware, but concentrated heavily on the new motion control system. 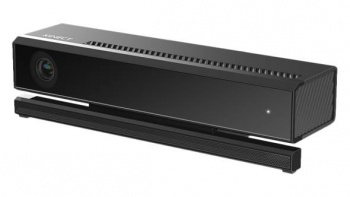 They had the right idea: that lasting innovation wasn't going to come from reducing the number of creative minds being stirred around the great big industry melting pot. And at first, when the Wii was outselling everything else, the gamble paid off. Hastily Sony and Microsoft struggled to leap from their fat old horses onto the back of this speeding train with the Playstation Move and Kinect respectively. If only the thing they'd latched onto had been something other than motion controls, the train that it turned out had chocolate biscuits instead of wheels and whose rails led directly into the vagina of a diseased apatosaurus.

So the Wii was ultimately the call to adventure that began this long period in the wilderness, as Sony and Microsoft clung rather desperately to their motion control systems, Microsoft in particular as they launched the Kinect with the Xbone as standard. They clung partly to justify the expense, I think, but also perhaps because some part of them knew that the games industry cannot grow and improve from pushing for better graphics alone, although it can certainly shrink. Motion controls didn't take, the Xbone is now sold without a Kinect, and there are very few Xbone games still adorned with the 'BETTER WITH KINECT' label on the box art.

So a mountain was climbed, everyone seems to have agreed that it wasn't that great and walked all the way around the mountain to get back to where we were in the first place. And I don't know about you but Halo 5 has brought on something of a melancholy for me, as it brings to sharp relief the fact that the triple-A games industry has, on balance now that the dust has settled, gone precisely nowhere for three whole years. Nothing to show for itself but slightly better graphics and an increased fondness for micropayments. And I know damn well that triple-A isn't everything, that there's plenty of innovation in the indie circles, but triple-A stubbornly remains the public face of the industry, and the divide between it and independent development didn't used to be so abysmally, apocalyptically deep.

I mean, debate me here, comments; besides graphical, what good, lasting innovations have triple-A games in general acquired in the last three years? Explain your answer in no less than two pages and don't just double-space the whole thing you cheat.