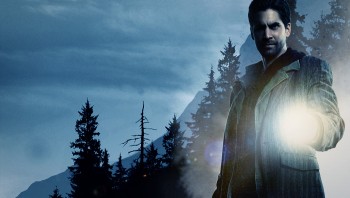 I had high hopes for Alan Wake that weren't exactly met, which is probably why I was less than kind to it and all that sticks out in my mind when I recall it is long periods of token combat breaking up characters acting absolutely incomprehensibly while saliva drooled from their poorly-animated botox mouths. But the atmosphere was built nicely and it's good to see a game focus on a strong single player experience with a carefully constructed plot, so yay Remedy I suppose. And speaking of things sticking out in my mind, Bayonetta certainly does that, although probably not for the right reasons.

Lastly, on the indie front, Super Meat Boy was a nice bit of retro arcade-y fun that demonstrates that the best way to have a game that kills the player over and over again and still be appealing is to keep a fast pace and a good soundtrack. The victory recap where you get to watch all your previous attempts take on the level simultaneously was like a spectacular fireworks display. Shame about its tiresome fondness for "random" humor. Oh, he's a doctor who is a fetus in a glass tank with a hat. Good thing I wore sturdy trousers because I just LMAO'd.

I'm still in a slightly festive, upbeat New Year mood so I'm disinclined to go into much detail on the dishonorable mentions. I'm rather tempted to just say "everything else," but that's unfair. Let me just warn you particularly away from boring creepy-unblinking-mannequin-face extravaganza Lost Planet 2; the unpleasant token appearance of Splinter Cell Conviction; and Darksiders, the game as bereft of new ideas as a student's laundry basket is of pleasant spring breezes.

Finally there are two games I'm strangely neutral on, that fit comfortably in neither the honorable nor the dishonorable mentions, and yet I cannot consider them mediocre, either. The odd ducks. The Thalidomide babies to mediocrity's drab, fish-paste-eating accountants.

The first is Mass Effect 2. The game has featured prominently in many top 5 lists, but Mass Effect as a series still gives me this feeling of strangeness I can't quite put my finger on. The story's perfectly fine, the gameplay's functional if not outstanding, the space exploring is exactly the sort of thing I should like. But the plasticky, expressionless faces, the overly clean environments, the unconvincing voice acting and the unnatural animations that don't sync with the dialogue rather eerily put me in mind of The Prisoner. It's like I'm steering marionettes around a pen and paper campaign put together by an autistic from space.

And lastly, Heavy Rain. It's a hard game to classify, to the point that I'm a little dubious about even calling it a "game." The quick-time-event action sequences are completely ridiculous, the plot has more holes than a men's room cubicle made entirely of sponge, and the voice acting's up there with daytime TV adverts for debt consolidation firms, but I'll be buggered if the concept doesn't have some potential. I can't deny the self-mutilation scene is one that has stayed with me like few other moments in games, and not just because I think all parents of small children should have their extremities cut off.