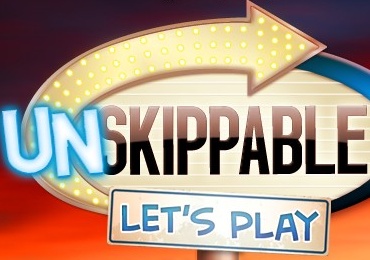 Now, I want to make it perfectly clear that watching someone play a game is absolutely no substitute for playing it yourself, since the essence of games are in the playing. I wouldn't dream of reviewing or giving any kind of in-depth analysis of a game I'd only seen 'ed. What it's useful for is gaining context. It fills in the blanks of games I didn't get around to completely finishing, or gives necessary backstory for franchises of which I've only played the other installments. Crucially, though, it's a frank dissection of a game by a party with no vested interest in making it look good, resulting in an honest warts-and-all portrayal. It might make you see the interesting points in a game previously you considered mediocre, or it can be a hilarious MST3K-style roast if the game's just plain bad. At other times, it can give exposure to hidden gems that didn't have enough mass appeal to get around. I've sought out quite a few games after watching them LP'ed.

The origin and still best source of Let's Play is the Something Awful forums, which now has a dedicated subforum for it. The SA forums quite notoriously charge 10 dollars to register, which is about as effective a shithead filtration system as you could ask for, really. But after LPs are completed there, many of them get hosted offsite in an archive rather predictably named the Let's Play Archive. Just to throw out some recommendations, the Dead Rising LP was particularly good for filling in the blanks on an extremely unforgiving game my patience wouldn't let me hold out for. If you're in it just for the funny ones, though, there's the spectacle of two incredibly white guys playing 50 Cent: Blood On The Sand or the infamous Daikatana being tackled by a very angry chap and his easy-going friend. And on the subject of exposing hidden gems, there's a rather excellent thread currently still running in the subforum for Deadly Premonition, a game that word of mouth seemed to make out as incredibly polarizing, but which I now see has the kind of lovable Japanese quirkiness that strikes a chord with me (after all, I champion Suda51's utterly bizarre Killer7, which has also been LP'ed by the 50 Cent guys.

The quality of LPs on Something Awful tends to be high because the subforum has very strict rules for posting, and their insistence on good technical quality might seem a little restrictive, but it's a damn sight better than the alternative, which is the Let's Play community on YouTube. As is always the case with YouTube, and perhaps the internet in general, its biggest detriment is its complete lack of quality control and community of yes-men who are prepared to give mindless praise to anything that doesn't make their monitors explode and embed white-hot shards of plastic in their faces. So Youtube is quite infested with people recording their CRT TVs with their webcams, or droning monotonously over SNES emulator footage watermarked by unregistered screen capture software.

But I think the problem with YouTube LPs is that most of them seem to think LP should be about the person commentating rather than the game. They all seem to play the same titles (honestly, how many times can anyone watch Super Mario World being played), have little editing and effect desperate attempts at hilarious personas in order to attract more subscribers, the most valuable currency of YouTube. SA, I find, encourages its users to see LP more as a hobbyist's roundtable discussion about the games themselves.

It's not the kind of thing that would appeal to everyone, but I just thought it would be nice to talk about it, for the benefit of people, like me, who feel that there's no need to stop exposing oneself to video games just because you're more in the mood to sit passively and watch rather than play something. You can only see the Super Mario Bros. movie so many times.