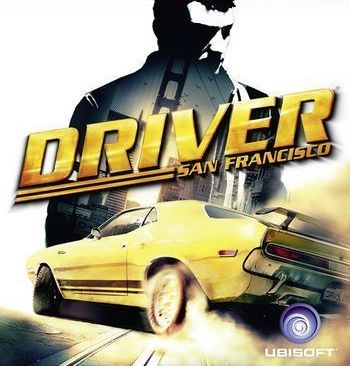 I guess when I say "dark and edgy" ... no, wait, I'm sick of using that phrase, I'm going to make up a word. I guess when I say "dedgyark" I mean that the violence is presented with weight and realism, the atmosphere is gloomy and none of the characters seem to be enjoying themselves at all. Believe it or not people still play games to on some level be entertained, and I find a character much more likeable if their emotions mirror mine, like John Tanner in Driver San Francisco when he starts having fun, so miseryguts types like War in Darksiders enacting fast-paced action violence just don't appeal to me.

Damn it, I'm not even sure what point I'm trying to make, here. It's trying to analyse the gut feeling that the dedgyark approach in Twisted Metal didn't seem at all appropriate. I guess the lesson we're crawling towards is that one should keep the tone of the context aspect consistent with the tone of the challenge and gratification, and make no mistake, practical gameplay has tones and themes just as much as emotional story does. When your characters are all driving around in cartoon cars that immediately self-right when they get flipped onto the roof and handbrake turn on a dime then the violence is kept at arm's length, and a dedgyark story just doesn't fit the same way it does Condemned with all its smashing people's teeth out in an abandoned train tunnel.

I guess I find it a little disappointing when a game feels it has to be dedgyark for no reason at all. Because, frankly, we're ok for dedgyark. The economy of video gaming is rather flooded with dedgyark, which is probably a consequence of nearly all of them being about murdering things, often ugly and monstrous things, true, but that doesn't change the fact that they all had mothers. As a professional player of all the video games I'm weary of killing and it's games like Driver San Francisco that impress me now by being gratifying without needing to hurt anyone. It's that sort of thing that helps dredge videogaming from its ugly, violent popular image.

The indie game Warp, which I started playing on XBLA a couple of weeks back, disappointed me this way. It's not a bad little game, all told, it's a fun little stealthy, puzzle sort of affair in which you play an adorable little cartoon alien that one might find in a claymation short trying to escape from a laboratory. But for some god knows what reason you murder scientists and guards in the most unnecessarily violent way possible and human characters eff and blind like a sailor sitting on a discarded syringe. It was like watching some demented cross between Pingu and Akira. And yeah, it's up to the creator to make whatever they want to make, but don't you think it's disappointing for a property to deliberately and unnecessarily limit its audience?

It's easy to make games for kids, they're dumb little shits. And it's easy to make games for adults because (presumably) you, the developer, are an adult and know what you like. But if you want to challenge yourself, make a game that everyone can enjoy. That's where the money is. And if you want an even bigger challenge, do it with boxing gloves on. And a bucket on your head.