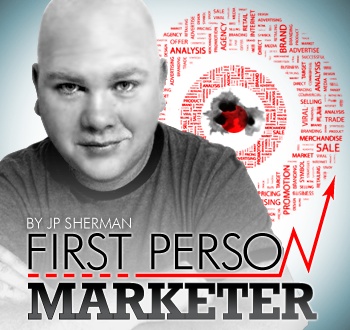 I started playing videogames when there was no such thing as videogames for kids. One of my earliest memories of playing a videogame was when my mom worked in a racquetball club and gym. During summers, I'd spend the first several hours of the day upstairs, where there was a snack bar, a big screen TV, and a two-player Space Invaders table. I'd sit there and watch my mom's boss play from nine in the morning until around noon. He was a chain-smoking man whose glasses were tinged the same shade of yellow as his fingers. He was the man who introduced me to profanity. When he was playing, he'd grunt as he jammed the joystick as far to the extremes as possible, as if denting the side of the joystick housing would give him that little extra edge. He would then start furiously slapping the red button. He had the singular look of a feral dog ripping apart a meal of gristle and bone. I'd sit and watch him kill an entire pack of cigarettes, extinguishing them in the last swallow of gin in a coffee cup.

My goal was to behave well enough to earn a meager three quarters so I could spend the next 30 minutes playing that game. Looking back now, as repulsive a scene as that should have been, it was bliss. As a kid, I ignored context, I didn't care about image. I only knew desire. I wanted to play that game. That simple myopic quest overshadowed the reek of booze and smoke. That hideous, anti-social, creature hunched over the controls and screaming at invading aliens was the example of the perfect blend of man and machine. As a kid, I never felt like I was a target of marketing, I just knew that I wanted things. I wanted certain things more than I wanted other things that were in all respects identical, but were not the things I wanted. Marketers, like the grown-up version of me, know this and we try to put that desire in kids. When it comes to marketing videogames to kids, the tactics don't change; only the intentions do.

The Demographics and Business of Kids' Games
Videogames for kids is a massive business that often goes ignored by the core gaming audience, but frequently explored and exploited by major game studios. The biggest example of that is probably Ubisoft. While it's making Assassin's Creed: Brotherhood, it's also making Imagine Animal Doctor Care Center. Selling videogames for kids is a multi-billion dollar industry. Nintendo sold over 30 million Wiis in the US in 2009, and 26% of all Wii gamers are under twelve years old. This is the largest percentage demographic in the Wii's hardware base. These Wii numbers are dwarfed by the reach of the Nintendo DS series of portable consoles. With over 50 million units in the US and 125 million units worldwide, the DS has nearly reached saturation levels for Nintendo and enjoys a very similar distribution in age. When it comes to hardware reach, Nintendo's found the perfect platform to engage kids and young gamers.

According to an ESA report, of the nearly 300 million games sold last year, 57% of those were rated "Early Childhood (EC)," "Everyone (E)" or "Everyone 10+ (E10+)". In 2008, the family entertainment videogame sales doubled to the point where 9 family games were purchased every second. According to a Price Waterhouse & Coopers report, in 2011 the business of videogames for children should reach over 48 billion dollars. This staggering number will probably be altered by the continued sluggish growth of the economy and tightened spending habits by consumers on non-essential goods, but still represents a significant portion of the entire videogame industry.

Marketing to Kids, the Difference Between Targeting and Exposure
I've always pictured groups like the Campaign for a Commercial Free Childhood as a gathering of Helen Lovejoys, flitting from place to place finding corporate evil in everything they see. While I admire the principle of protecting children from manipulative marketing, their habit of cherry picking data and putting every instance of marketing and children as an "EMERGENCY!" is infuriating. For groups like this, when every word on the page is bold, nothing stands out. They fail to see the distinction between targeting children for marketing and children being exposed to marketing. There's a clear distinction between those events.