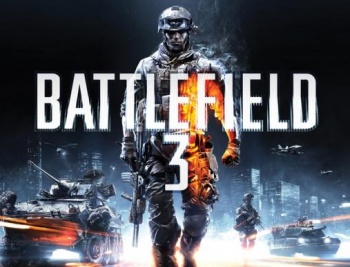 Now imagine a Custom Server in a multiplayer shooter whose admins threaten to ban players for using a certain class of weapon. You'll actually see Battlefield 3 Custom Servers that post notices about kicking anyone who uses a shotgun on a close quarters map. That's kind of ridiculous. Shotguns are designed for close-quarters fighting! While anyone renting a server has a right to make their own rules, if there are no vanilla servers for players to choose from, then players might either not get to play the game by the default rules and options or may actually be punished for doing so.

When Electronic Arts was asked about the vanishing DICE servers, their reply was that the DICE servers weren't vanishing but were being rented out by players, because rented servers were so popular on the PC version. Player-administrated servers are pretty common to PC shooters in my experience. I remember playing Medal of Honor: Allied Assault online in 2002 and having to sift through server lists and bookmarking the good servers I found for the next time I was in the mood for some multiplayer.

Console gamers are not PC gamers. They are two very different audiences, and when it comes to first-person-shooter culture those differences are especially pronounced. It's the job of a publisher to respect those differences if they intend to sell on different platforms. Someone unfamiliar with shooter games might not realize why it's important to respect those differences, but Electronic Arts knows better. Asking console gamers to suck up and deal with the vagaries of PC gaming when they play on consoles specifically to avoid that sort of thing is extremely disrespectful of those console consumers.

Apparently enough console Battlefield 3 players agreed because on Tuesday, May 15,th it was reported that EA was bringing DICE servers back online - but that didn't solve the problem. The way you identify an official DICE server is by the label -[DICE]- at the beginning of the server name, followed by a five- or six-digit code. You can search for that label manually, which ought to bring you right to a list of DICE servers only. But players with rented servers can label their servers with the label -[DICE]- and a code of numbers as well. When I searched for Xbox 360 Battlefield 3 servers with -[DICE]- in the title, a bunch of the results were servers that were owned not by DICE but were owned by a player. That means I still had to search for a server running the default settings.

The solution is for EA to allow Battlefield 3 players to exclude player-run servers when they jump into a match. Doing that might decrease the traffic to player-run servers, however, and if no one is playing on a rented server the person paying to rent it probably won't continue to do so, which is probably why EA hasn't put the ability to exclude player servers in place. And when a publisher's nickel-and-diming affects the basic ability to play a game the way it is meant to be played, that's when we have to put our feet down, loudly and immediately .

Making sure multiplayer shooter fans have easy access to vanilla servers with stable rules is part of the cost of doing business. That's part of what the customer is paying for. It's intrinsically no different than a publisher's responsibility to make sure people still have a place to play the game even if they choose not to pay $15 for the newest map pack or expansion. There's nothing wrong with offering player-run servers as a supplement to vanilla servers, but forcing console shooter fans to play only on player-run servers, or making it unnecessarily difficult to avoid doing so in order for EA to make a little extra money on their rent-a-server program is unacceptable.