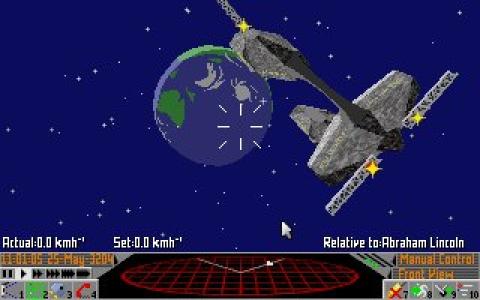 The Escapist: You mentioned how narrative and story can affect design, but I'm sure you recall that when you went to Frontier: Elite II, you incorporated a different physics engine. How did that technological change also affect your design process.

Braben: Moving to Frontier, it was just me working on it. There were a lot of things I wanted to do, and I wanted the game to be set in a much more realistic galaxy, so that was one of the things I took some time on. And also, I thought we could do so much more with the graphics so I spent a lot of time on them as well. Ironically, the first two or three years was spent working on the engine and getting it working well. That was one of the times I resolved that I'm not going to do this again. By that I mean, I didn't want to work on my own, because I felt the world was moving so quickly that the beauty of that particular engine I'd engineered, which was finished in 1988, didn't get to see the light until five years later. It was really advanced back then, but ...

The Escapist: But when it takes too long to develop, you get caught out and it looks outdated.

Braben: That's right, and it's slightly galling because machines were getting better. I started that right in the early days of the Atari ST and the Amiga, because the PC wasn't really a viable platform. But by the time the game shipped, the PC had become the viable platform. One of the problems was that the PC existed, but even CGA graphics were not on a very large percentage of them. You had to have a separate graphics card and it was very expensive. It was only by the early 90's that the PC started to be a possibility for games, then the launch of EGA meant you could actually choose the colors rather than having pink, white, and magenta. Or red green and yellow, when you couldn't have anything in white. 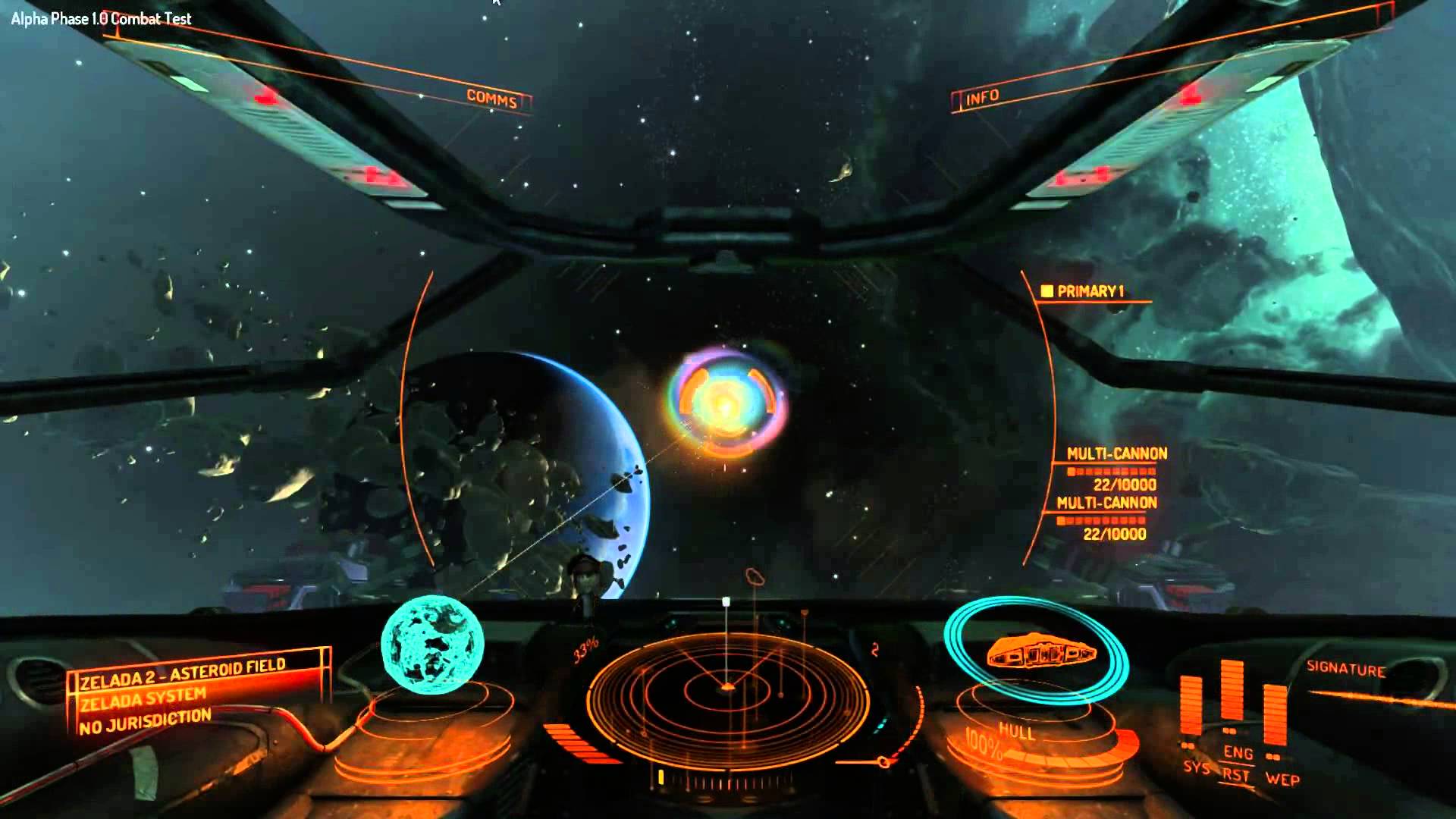 The Escapist: What I meant by my question, though, was that in the original game you had an arcade model, whereas you had more of a true physics model in Elite II. For some people that was actually less popular. Were you pleased with how it turned out or did you feel that you permitted the technology to take over the design?

Braben: No, the problem is that I was hoping it would feel similar. But what happened is that the sheer development effort got the better of me. I originally signed with Konami, so there were lots of difficult issues because Konami decided to pull out of PC games. They handed it over to GameTek without my permission, so there were a whole lot of admin things to be done that I hadn't anticipated. It meant I didn't get a proper chance of testing and playing the game, so it really didn't shine the way it should have.

The Escapist: I thought the difference between the flight models of the two Elites was interesting in how it is echoed in the discussions online between the easier flight model in Elite: Dangerous versus the more complicated one in Star Citizen.

Braben: No! What Elite: Dangerous does do essentially, is a physics-based system, but what it's got on top of it is a fly-by-wire system of controls that makes it feel like an aeroplane. You can turn it off. Loads of people have done beautiful things online showing flight assist-off flying. We are doing it the correct way. It's just what we've done is made it more approachable and more intuitive for the majority of players. In the same way, pilots fly an awful lot of fly-by-wire planes these days, using the computer to catch all of the corner cases, to make it feel more like a normal aeroplane. And it's a reasonable assumption that in real life that will be extended in the future, because people are not so good about thinking with six degrees of freedom or more. 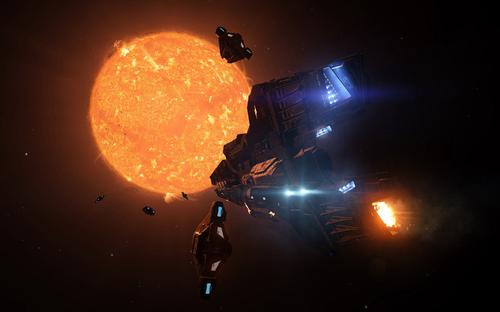 The Escapist: I think it is an intelligent approach. In my own designs, I usually favor a more complicated system masked by an easier means of addressing it. It allows the player to push himself to his capacity.

Braben: Indeed. The other thing is that we still work out the thrusters; we show the individual thrusters thrusting, which actually is a really good hint of what the player ahead of you is doing. The thrust fires just before he starts moving, before you would notice the offset. Things like that actually came from Frontier, but with Frontier it was a real pain. If one of your thrusters failed, your ship became virtually uncontrollable. So even in Frontier, I toned back very much the likelihood of one of your thrusters being damaged, because if you lose one or more of your degrees of freedom, the ship becomes incredibly pig-difficult to fly - and that can be a problem if it happens a long way away from a station.

The Escapist: What are some of the more interesting design aspects of Elite: Dangerous in your opinion?

Braben: I think the heat mechanic. That's something we wanted to do quite early on and it's quite intrinsic. You have different styles of game play, and stealth now becomes possible. I think that's the sort of richness that as we move forward more and more, will become ever more significant. When we start bringing in assault tactics, where a group of players will attack another group and you can make it look as if it's only a single ship coming in while the others are coming in silent, that's another way to play it.

The Escapist: You can see where that is going to have a considerable effect on multiplayer gameplay.

Braben: I think all of these different sorts of strategies will eventually become adopted and even be named by the players. It's very exciting. A lot of the activities and interests are around other objects, like in the rings of the planet and around stations because that's where it's interesting. And as the stations become larger and more complicated rather than just single installations, it becomes much easier not to notice a small ship when it's not showing on your scanner.