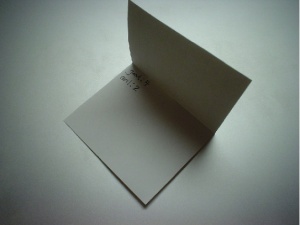 Players should hold or position their index cards in such a way that no other players can see what they're writing down.

Before beginning the game, each player rolls the die twice, making sure no other player can see what he rolls. The first number rolled is the player's "Good Number," and the second is the player's "Evil Number" (these can not be the same number, so re-roll if you rolled the same number twice). These numbers should be written down and kept secret. It's important!

The player whose birthday is closest goes first, and play moves in a clockwise fashion.

The object of the game is to be the first player to reach a score of 30.

In order to do this, players take turns rolling the die and adding the number rolled to their score (which at the beginning of the game is zero). Although every roll is done publicly, players should keep their scores to themselves (you'll see why in a bit). Each player's turn consists of rolling the die and adding to his score. The next player then takes his turn, and the game continues in this fashion.

Players must get to exactly 30 points to win. Any roll which puts a player over 30 should not be added to that player's score.

Any player can choose to give a number he rolled to any other player. In order to do so, he must state that he's giving the number instead of taking it himself and announce who he's giving it to. The player he gives it to must accept the number and act accordingly.

Giving a number does not affect the play order, however, and gameplay continues clockwise from the last player who rolled. 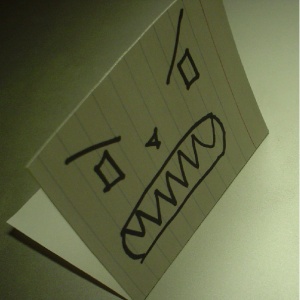 You can be a better player! Follow these helpful tips to victory!

Good luck, and may the magic numbers be with you!