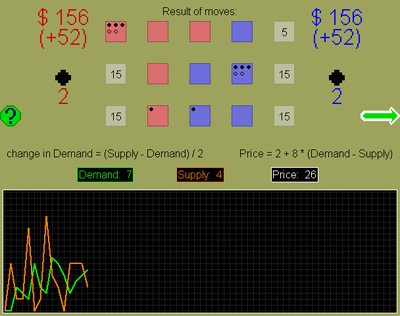 The Big Issue of this years' US presidential election: the Arctic National Wildlife Refuge - to drill, or not to drill? Everyone who wants to drill seems to be calling it ANWR (pronounced "an-warr") so they don't speak the words "oil" and "wildlife" together in the same sentence. When the House closed down for their Summer District Work Period in August, a small group of pro-drilling representatives stayed behind in protest, even after the hall lights were turned off. At the Republican National Convention, during Sarah Palin's acceptance speech for her VP nomination, the audience chanted "Drill, baby, drill!"

The funny thing about this drilling controversy is that neither Obama nor McCain support drilling in ANWR. In other words, on the Big Issue of the election, the two leading candidates agree. McCain is under enormous pressure from his supporters to change his mind, to suddenly support drilling in what he has called a "pristine area." Obama thinks we can't drill our way out of the energy crisis, and no one on his side of the fence seems to disagree. Nancy Pelosi is "trying to save the planet," which means no drilling up north.

As I watched these events unfold, I repeatedly heard an ad play on my favorite radio station. It sounded at first like a public service announcement, and it blended well with the other PSAs that aired on that station. "EnergyTomorrow.org" sounds benign enough. But note the bit of quick-speak at the end: "Brought to you by API." Ah! The kind folks at the American Petroleum Institute are going out of their way - and spending their hard-earned money - to join in the "important conversation taking place throughout America," complete with phony "citizen on the street" sound bites backed by ambient city noise. The bottom line? API really wants to open off-limits areas for drilling.

The ad, the rhetoric, the political stunts...as all of these pieces tumbled in my mind, one question kept popping up: what would the oil industry do if it was allowed to grab drilling leases in ANWR? Would it actually drill there ASAP to soften our energy crunch?

Oil isn't like corn or some other renewable commodity, where the amount you produce and sell this year has no limiting effect on how much you might be able to produce next year. If you pump all your oil out today and sell it at today's price, you won't have any to sell at tomorrow's price. What if tomorrow's price is much better than today's price? Sit-and-wait starts to sound like a more attractive strategy than pump-and-sell, especially if we are on the verge of an emergency-scale oil shortage. Of course, you'd want to be grabbing as many leases as you could in the mean time, not to pump-and-sell, but to add to your will-pump-someday holdings. On the other hand, if you withhold supply too much, people will learn to live with less oil, demand will weaken, and the price bubble will burst. We saw that happen toward the end of this past summer, as demand reacted negatively to high gas prices. Hybrid cars are all the rage now, and oil just isn't selling like it used to.

Crude Oil is a networked two-player game that explores these issues.

The Game Design of Art Jason Rohrer 49 Comments
Comments on