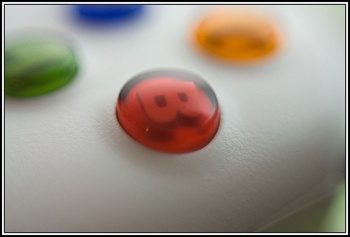 Watching Denis Dyack's principled but misguided tirade against the internet forum NeoGAF was rather like watching your dad get far too drunk at a wedding. At first, it's enjoyable, amusing even, to see another side of someone you thought you knew. Then the boundaries of good taste start to be passed, onlookers start to cringe, and the next thing you know, he's dancing on the tables with someone's underwear on his head. You know he's otherwise a good, noble and intelligent man - and that's what makes it all the worse. The next day, in the cold, hard light of sobriety, you try to remind yourself why you love him in the first place.

In this case, it's not Legacy of Kain that endears us, not even Eternal Darkness, but this. Whatever his other questionable flaws of judgment, Dyack remains one of the industry's most thought-provoking commentators, a rare source of forward-thinking in an otherwise navel-gazing world.

It's unfortunate that the only thing that got Dyack as much stick as his attacks on NeoGAF was his declaration at last year's Games Convention in Leipzig that a single console future was "inevitable." Unfortunate not because his argument was right or wrong, but because so few people appeared to give it any serious consideration outside of their standard, blinkered view of the games industry.

But predicting the future is a mug's game, and perhaps the only argument that will get through is not that a single console is the future, but that it is already a very large part of our present. We are more than halfway down the path to that future - stuck right now in a strange limbo, where we get all the disadvantages of a single console, yet reap none of the benefits.

Take the Xbox 360 and PlayStation 3, the consoles upon which third parties still focus their main efforts, regardless of the Wii's retail successes. The differences between the two are deep in terms of architecture, merely noticeable in their services, but when it comes to their bread-and-butter - the games and experiences available on both systems - they are not just similar, but virtually identical.

In practical gaming terms, the only thing that seems to separate the two is that you can't take a disc designed for one and play it on the other. (An interesting experiment is to try to explain this to someone who doesn't really understand games at all - for example your by-now sobered-up father - and then try to justify why this should be so. If you haven't lost all patience with the very concept by the fourth minute, then you are a more patient soul than I am.)

There has rarely been a time when there have been so few true system-exclusive titles. With multi-platform releases, rather than playing to each console's strengths, publishers are now going out of their way to show how little difference exists between versions, or where one does exist, why it doesn't matter.

Each of the three hardware manufacturers is developing close to an equal share of the market. The third parties are acutely aware of this, as it undercuts their natural instincts to follow the leader. This, combined with the outrageous budgets needed to develop a next-gen title, mean multi-platform is the only way to go. There are few companies brave (or foolish) enough to publish solely on 360 or PS3, unless persuaded otherwise by financial incentives from the makers themselves. Confused by the Wii, the major publishers are falling into a familiar pattern: publishing the "lead" title simultaneously on both 360 and PS3, perhaps adding a Wii follow-up that takes a graphical hit or loses some online functionality in exchange for shoehorned-on motion controls.

One of the most compelling reasons to oppose a single console is the idea that it would stifle innovation, but the horse on this one has already bolted, been captured and shipped off to the glue factory before anyone realized the barn actually had doors. Games developed for both systems are by necessity aiming for the lowest common denominator of their specs, making the game small enough to fit on an Xbox DVD when more could be done if it was only on Blu-Ray, or fitting the design around the PS3's quirky memory usage issues. Same product, nearly twice the work to make it.

Which Next Gen Console is Right For You? MyLifeIsAnRPG 35 Comments

Going Gold: Console War, What is It Good For? Christian Ward 14 Comments