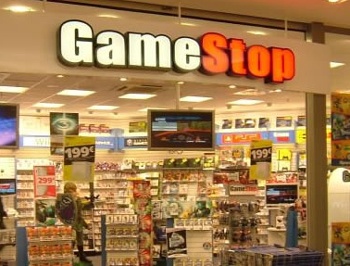 It's somewhat appropriate that in a week when the Detroit automakers are flying cap in hand to Washington for bailout money, an increasing number of voices in the industry are calling for legislation, government intervention or a change in industry practices for the used games market.

Appropriate, because just as the Big Three sought for decades to place the blame for their own problems elsewhere, so too is the games industry using the used games market as nothing more than a scapegoat, an alternative to confronting deep-seated problems that threaten the financial viability of this business.

When times are tough, every industry is quick to point the finger anywhere but at themselves - at foreign competitors, at immigrants, at any easy target. Entrenched industries with deep-running problems will look anywhere for the scapegoat rather than focus on the problems blighting their own industry. Rather than face up to the problems of inefficient manufacturing processes, crippling unions and the perception of inferiority with the end product, Detroit sought to blame outside influences, asked for intervention to limit Japanese imports and did practically everything but fix the problems that blighted their industry.

And while gaming is certainly not that badly off, the economic climate, the cost of development budgets and the feeling of uncertainty about what will be a hit anymore is contributing to silly comments such as those of David Braben, the creator of Elite, who suggests that stores who sell secondhand games are "defrauding the industry".

Are the secondhand practices of stores like GameStop unpalatable, both to the consumer and to publisher? Certainly. But unpalatable and illegal are far from the same thing. The used games policy of stores is merely taking advantage of the fact that many customers fail to see the value for money an individual $60 product offers - and this is a problem that we have built and continue to build for ourselves.

By staking the future of the industry around big-budget tentpole games, most of which are offered for sale in the same 3-month period of the year, have single-player experiences that last little more than a full day of gameplay, and are entirely linear from start to finish, we are feeding the creation of this problem.

As any industry will forget to its peril, the customer is not stupid, and when you can see last year's massive epoch-defining hits sitting in bargain bins mere months after their launch, it's hard to fault the customer for suspecting that the next big-budget game you publish may not offer much value for money. While the process of design, creation, testing and manufacturing is one that takes years to see through, it is of absolutely zero impact to the end user. All they care about, and all they should care about, is how much game they're getting for how much money.

Japanese publishers already fought and lost this battle almost a decade ago, a fight whose aftereffects can still be seen on Dreamcast-era titles that carry the warning "NO RESALE" when you pick them up, erm, secondhand. At the time, companies such as Enix sought to sign retailers up to agreements that they would not sell secondhand software - cutting off their access to shipments of big new titles like Star Ocean if they didn't agree - and sought a legal backing for this practice by bringing the issue to court.

But the "NO RESALE" warning itself carried no legal influence, and Enix's practices were blatantly unlawful, as Japanese courts ruled that there was nothing to prevent stores selling games secondhand. Those speaking out against the issue now would do well to review this case, because as the Japanese Association of Retailers of TV Video Game Software (ARTS) argued at the time, the used and new markets are much more tightly bound than many are prepared to admit.