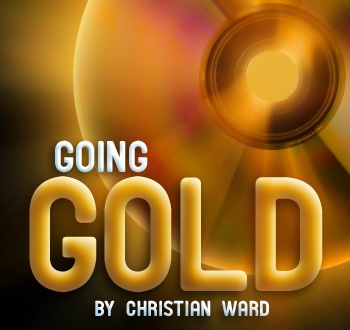 Perfection's not quite the big deal it used to be, at least according to the foremost critics of gaming. Eyebrows have been raised across the industry at the fact that with their scoring of New Super Mario Bros. Wii, Japanese gaming magazine Famitsu has given four 40/40 "perfect" scores this year - more than in any other year to date.

Famitsu's reviews have been an upward trend for years. This excellent analysis from Siliconera of the past decade of Famitsu reviews puts the trend in easily-digestible graph format - and it would be even more damning if the graph went back further, given that Famitsu failed to award a perfect score for its first twelve years of publication. I can only imagine the kind of "hockey stick" graph that might create.

Western gamers have taken a cynical stance, accusing Famitsu of buying and selling perfect scores. I can only suppose the geographical distance from Famitsu's homeland gives them the ability to notice trends that they would otherwise ignore in their own countries - as there is very little comment about the equivalent trend of runaway reviews scores in the West.

Consider the UK's Edge magazine - not the West's equivalent of Famitsu by any means, but an influential publication that, like Famitsu, is read by both gamers and developers. Despite its reputation for strictness, out of the 11 titles to score a "perfect" 10/10, six of them have come in the last three years alone. Edge has been in publication for 16 years.

Added up, both Famitsu and Edge have given more perfect scores in the last three years than in the previous whole history of their publications - for Famitsu, 6 perfects in the 20 years up to 2006 followed by 7 in the last 3 years; for Edge, 5 in the 13 years to 2006, versus 6 in the following three years.

The question many of you are probably asking is why anybody should give a damn. And it's a valid question. Games reviews are just numbers after all. The number of titles that haven't bagged perfect scores but deserved them are enough to make you doubt the whole enterprise - notable gamer favorites like GoldenEye 007, Silent Hill 2, Resident Evil 4 and Shadow of the Colossus are conspicuous by their absence from both magazines' lists (Zelda: Ocarina of Time and Bayonetta are the only games the two agree on). It's just an argument for fanboys, right?

Not quite. For no matter how many times we are told that reviews do not matter anywhere near as much to sales as marketing or word of mouth does, the industry is obsessed with them to the point of addiction.