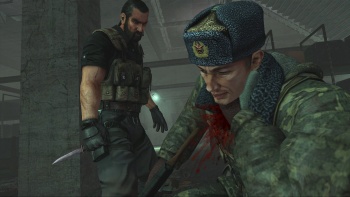 It's been amazing to see how, in just a few short years, Metacritic has utterly pervaded this industry. There are publishers who select their development studios based on their average Metascore; Metascore can mean the line between bonuses received or canceled, between royalties or the pink slip. A game's Metascore can even affect a game company's stock price.

Personally I think part of the reason is that, in the absence of a single recognized awards ceremony that is the equivalent of the Oscars or the Golden Globes, we have let Metascore become the validation that we seek. It's so convenient too - you put a hard to understand multi-million dollar product into one end, and out comes a convenient number out of 100 from the other. Anybody can understand that.

But are games actually getting better, or are our reviews just getting more corrupt? I think it's a little of both. The really revealing figure in Siliconera's Famitsu analysis was not the increase of 40s but "the sharp rise in games rated 36, which appears to have started in 2002."

This, at least, I can get behind. While I am as cynical as hell about the number of perfect scores in the industry, the overall standard of games has seen a marked improvement over the past decade. So much so that the sight of seeing a game like Rogue Warrior - ostensibly a big-budget game from a major publisher - being savaged by IGN with a 1.5 out of 10 was almost nostalgic. It's rare to see that kind of treatment dished out anymore.

What we have seen is a real increase in the solid-but-unspectacular game, the one that hits all the bases and does almost everything right, but which just doesn't quite do anything brilliantly. You used to see a lot more games on either end of the bell curve - spectacular duds and audacious successes. But despite what Edge and Famitsu would say, I feel we're getting a lot of congregation in the middle these days.

I recently saw the music critic Simon Reynolds make the same argument concerning music through the decades. "I reckon that if you were to draw up a top 2,000 albums of every pop decade and compare them, the noughties [2000-2009] would win," Reynolds wrote last week. "But I also reckon that if you were to compare the top 200 albums, it'd be the other way around... the 70s would slightly less narrowly beat the 80s, the 80s would decisively beat the 90s, and the 90s would leave the noughties trailing in the dust."