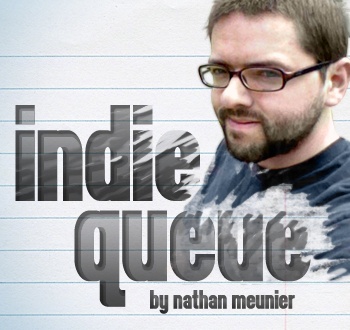 One can only imagine how the round-table brainstorming session played out for the folks in charge of coming up with the perfect title for a game where you dive off of mile-high buildings, head-butt poultry in mid-air, flip-off fans for extra points and collect human teeth as currency. After tossing around about 50 different names of varying quality, the team at Dejobaan Games finally settled on a winner for its upcoming extreme (and overtly peculiar) skydiving simulator: AaaaaAAaaaAAAaaAAAAaAAAAA!!! - A Reckless Disregard for Gravity. Yes, that's spelled with 25 letter As and three exclamation points.

"Our biz dev guy saw that and refused to write the initial press release until we went with it," says Ichiro Lambe, Dejobaan's founder, about the unusual title scrawled towards the bottom of their list of possible candidates. "The three of us spent the next hour screaming the name to determine how it should be spelled."

In ten years the small development team has made a dozen games, including a slew of PalmOS releases and recent PC oddities like Epidemic Groove and The Wonderful End of the World. The plan for 2009 is a little different: "twist something we've built to create something new, let gamers touch it and make sure it's fun and vaguely disturbing." To this end, they modified their 2004 first-person shooter Inago Rage, implemented skydiving movement mechanics, tested it, tweaked it and turned it into the prototype for Aaaaa!. But why make a game about jumping off of tall buildings? Last December, Dan Brainerd, Dejobaan's gameplay architect, passed around a few extreme base jumping videos featuring crazy guys in wingsuits (think flying human squirrels). The team was immediately hooked on the concept and got to work.

The game takes place in a futuristic-looking Boston, MA, where technological advances make it possible for buildings to float above ground level. Extreme boredom has spurred kamikaze thrill seekers to don wingsuits and hurl themselves from great heights into spiraling obstacle courses seemingly designed to inflict the greatest amount pain and dismemberment possible on the trip downward. Aaaaa! utilizes a simple WASD and PC mouse controlled first-person shooter perspective that really gives you the feeling of a headlong freefall. "Dan sometimes jokes that we should have a USB fan blowing at players as they fall at terminal velocity, but I don't think we have that kind of budget," says Lambe.