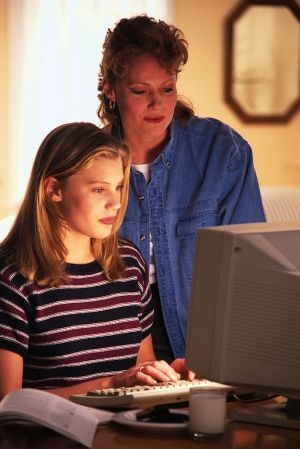 When I heard Wil Wheaton punctuated his keynote address at PAX with the cry "don't be a dick," I was wildly enthusiastic. Finally, I thought - he must be talking about reaching outside the gaming community with a positive message.

By the end of the speech, he was, sort of. The problem is starting a keynote by telling Jack Thompson to suck your balls isn't exactly going to get you the nod from Miss Manners. In fact, it's going to make a lot of people immediately stop listening - the ones who need to listen the most.

Oh, I agree with Will's sentiment; if I had balls, Jack Thompson could suck them. He's a hateful, abusive, violent human being - utterly unlike all the gamers and game developers I know personally. But responding to his negative energy with more negative energy isn't ever going to shut him up, and what it is going to do is cause more people to view the videogame community as abrasive, violent, thoughtless, uneducated and dangerous.

I'm really not even going to get into the censorship issue, because it's complex, under-researched and thorny. What I do want to talk about is a critical audience that has been somewhat reassured by Nintendo's positive branding: parents.

I played Primal Rage (with the blood setting on) when I was in that dangerous early teen phase, yet I can't watch gory movies without getting nightmares, and I've come close to passing out at the sight of my own blood. But while we, as a gaming community, have a more direct experience with the dangers, or lack thereof, of videogames, the parents of the current generation don't, and they're terrified of them. This doesn't, however, make them bad parents.

The most common counterargument to the videogame censorship force is that only bad parents would allow their children to have violent videogames. Obviously, good parents don't need censors, because they'll protect their kids themselves.

This argument is flawed for a couple of reasons. First, while most people are concerned about their own children, they also aren't happy if the "wrong" kids are devouring a bunch of videogames and practicing to become an army of the next generation's Unabombers. By throwing out the "only bad parents let their kids have violent games" argument, not only are we not responding to the issue - you know, with data - we're further alienating these parents motivated enough to engage in a dialogue about games with us. And through that alienation we are feeding their very precise fears: If they don't exert some control over this force that they utterly don't understand - by removing it from their kids' environment entirely - they are going to be bad parents.

We the Gamers Erin Hoffman 18 Comments
Comments on