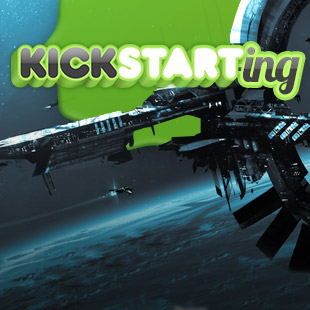 It's not news that crowdfunding is the hottest means of financing game development. What is new, however, is the way that crowdfunding is transforming the way experienced game developers are approaching game development these days. What is new is how the ability to effectively pre-sell their games is increasingly eliminating a number of middlemen who have historically acted as gatekeepers and exerted a considerable influence on what games were made, how they were made, and more importantly, what games were not made.

It can be difficult for non-game developers to understand the amount of influence possessed or the degree of utter cluelessness often exhibited by the so-called "suits" of the industry. Because publishers controlled the money, they called the shots. The problem was that in most cases, their expertise was in finance, or marketing, or some other aspect of business, not games. In fact, many of them had no more genuine interest in games than they did in any other boxes on which they might be able to profit from shipping from one point to another. The financiers and funds were often worse. If I learned anything in the process of analyzing several hundred projects for various game investors, it was that the money people cared considerably more about return on investment (ROI), contractual guarantees, and popular brand names than they did about the actual games.

Here is a real-world example from the zany world of professional game development. Two days after we submitted a major milestone for a big budget 3D shooter to the publisher, I got a call from the executive producer, who informed me that the milestone would have been accepted, except for one minor problem.

"You know Jerry. The lawyer."

"Yeah, he doesn't like the laser bolts being blue. The red ones are okay."

There was a long pause. The executive producer knew that the color of a laser in a pre-Alpha milestone was about as trivial an issue as it was even theoretically possible to have. He knew that we could change the color in about five seconds. He also knew that Jerry was the chief corporate attorney of a publicly traded company, and that even if we delivered a revised milestone the very next day, it might be two weeks before he managed to get Jerry into his office to look at and approve the new laser color, which could delay the six-digit milestone check for as long as a month.

"What color does he want them?"

"He said something about green."

"So, how about you approve it with the caveat that we make them green for the next milestone?"

We both knew that we could make the lasers pink with rainbow stripes and Jerry would neither know nor care. He was just a very important suit who happened to be in the executive producer's office at the wrong time, and whose opinion therefore had to be circumnavigated. 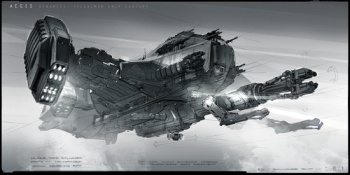 A second and more serious example occurred when a publishing executive demanded a change in the basic camera angle for a game already deep into the development process. The change necessitated a significant rebuild of the environment due to the new angle's exposure of unbuilt areas that would previously have been off-camera. Needless to say, the game did not ship on time. It's generally considered one of the more impressive debacles of that era.

But being freed from the mysterious and unpredictable demands of the publishing suits does not come without consequences. A Kickstarting campaign brings with it a whole host of new influences and risks. The influences are mostly positive, as they come from the community of people who will actually be playing the game, the project supporters. The risks, on the other hand, are pretty serious, as it is necessary to correctly anticipate the costs of every production unit and stretch goal prior to actual development; unlike with the traditional publishing model, there is no one to go back to and point out that throwing in another $100,000 will suffice to salvage an existing $1,000,000 investment. 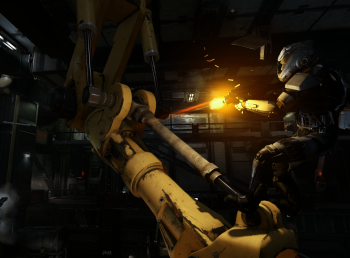 And then there is the challenge of finding those supporters and convincing them to pony up in the first place. The current success rate of Kickstarter projects is 39.36 percent, which means three out of every five projects fails to meet its goal. Games are less successful than the average project, with only 5,073 game projects out of 14,944 reaching their funding goal. The average unsuccessful game project raises just $3,365.41, a far cry short of the record $52.1 million Chris Roberts has raised for Star Citizen. (Roberts only raised $2.1 million of that on Kickstarter, the rest on his own proprietary crowdfunding platform.) The average successful game campaign raises $52,885.87, so it should be clear that despite the glowing media reports, kickstarting is not likely to be a shortcut to wealth and fame, it is rather, as the name would suggest, an initial impetus.

That is where this column comes in. I'm going to be looking at successful Kickstarter campaigns and unsuccessful ones, and talking to the developers who headed them up in order to learn what went right and what went wrong. I'm going to be going behind the scenes with Kickstarters both large and small, from some that are expected to raise more than $1 million to those that are merely hoping to raise $5,000.
In the meantime, I'll be covering an upcoming Kickstarter campaign from Mantic Games, an up-and-coming miniatures company that will be raising funds for a second edition of its Deadzone game. Mantic has been one of the most successful companies using Kickstarter, with eight successful campaigns raising between $104,172 for Loka, a game of fantasy chess, and $1,216,482 for the first edition of Deadzone, the science fiction miniatures line.

I'll also be describing the development of the Kickstarter campaign for one of the games I am developing as that takes shape, but that is some ways down the road so there is no need to talk about it now. If you're interested in having your game project featured in this column, you can email [email protected], describe your project in a paragraph or two, and I'll get back to you if it sounds like something The Escapist readers would be interested in learning more about.