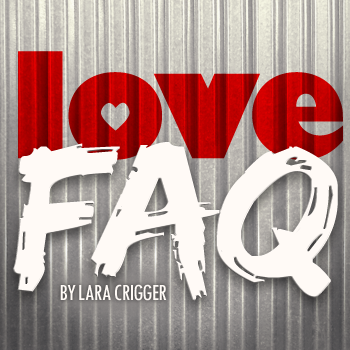 I went out with this girl for 2 years. About 6 months ago, she broke up with me for reasons that are still unclear to me ... she said I was too "safe." However, because she's a student at the judo club I run, I can't really get away from her.

About two months after the break, she came to me and begged me to help her move, since nobody else would. Because I'd promised to help before the breakup, I felt obligated to help. I took the day off and after about 8 hours of moving (4 hours by myself), her new boyfriend shows up to carry the last lamp out of the truck-and of course he got the credit for 'helping'.

Then last week she called me and asked me to take her to the ER. I spent 14 hours overnight in the ER with her. The boyfriend showed up after I dropped her off at home and got her "happy pills."

I'm an inherently nice person and I'm never able to say "no" when someone asks for help. She wants to stay friends, but it seems I'm getting the shit-end of the stick (she didn't come to the ER when I was in there a month ago). I really just don't want to deal with her anymore. Am I right to think I'm being used? How can I get out of this?

Sincerely,
Tired of Being Nice

You're not being nice. You're being a doormat. And she's not your friend - she's your slave driver. Friends don't take advantage of each other like this, to say nothing of emotionally blackmailing someone into lugging their moth-eaten crap halfway across town without so much as the promise of pizza and a case of beer.

She only comes to you when she needs help because she knows you'll never turn her down (especially since her current beau is less than accommodating - but hey, why should he be? After all, she has you). But you aren't a moving service, you aren't an EMT and you aren't a store-to-door pharmaceutical delivery service. You are her ex. You owe this woman nothing. So give her what you owe.

Getting out of your situation is simple, although it will take some willpower on your part: Stop engaging her. Don't answer the phone when she calls. Block her from your IM and Facebook. Strike her from your Twitter and Tumblr follow lists. You still have to see her at your judo club, of course, but don't talk to her beyond a polite and civil "hello".

Don't even tell her you're doing this. Just do it. Excise her from your life as quickly and quietly as you can, because the bigger fuss you make over it, the more likely it is she will pull you - or you will invite yourself - back into her drama-whirlpool.

I do sympathize with your position; two years is a long time to be with someone, and you develop certain patterns, even habits, of helping the other person when they're in need. Letting those go is terrifying, but it's all part of moving on.

Maybe you're not ready to let her go yet, but you can't preserve the relationship you two once had by letting her walk all over you. You'll just end up with bootprints on your face.

So do yourself a favor and cut her out. She isn't worth it.