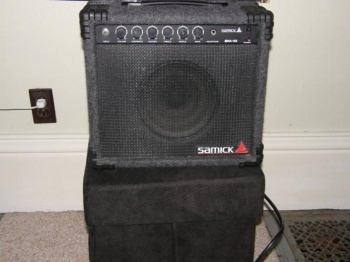 Love this song, but I think I'd like to hear someone else sing it. No offense to Gavin, his voice just isn't bluesy enough for me.

Like I mentioned above, this was my first time ever attempting this kind of singing, so yeah, I'm not the best at it, nor do I have a natural blues voice. But I'm still pretty happy with what I managed to do with my pretty limited vocal range.

Totally getting a Faith No More vibe from this. Which is good.

Glad you noticed. I love FNM and wanted the backing vocals in this song to be Mike Patton-esque.

Well, yeah, they are. I tend to write in simple, pop structures as that's what I like and it's accessible for people and proven to work. That said, there is a certain song that breaks that rule, which brings me to....

I love this song. Just putting that out there. I love it because it's different and was fun to make. I really tried to be adventurous with the structure and production in this one and again, you guys loved it, so that felt awesome. Do me (and yourself) a favor if you're listening to this song while reading this - listen on headphones, as certain things I'm talking about will be much easier to hear that way and you'll get a better feel for the dynamics of the song and how they build.

When writing/recording this song I had a few keywords for what I wanted it to sound like: "child", "water," and "tension."

At the beginning and end of the song, you can hear children playing. This was a wonderful unplanned moment where something that should have been annoying became something amazing that added to the song.

I live in the city and there is a lot of noise outside. Sometimes it inevitably makes its way into the recordings. There were some kids playing outside in the street below so I stuck the microphone out the window and recorded a few minutes of it. I added an echo to it to make it sound sinister and distant and was surprised how well it suited the song so I left it in. Some of it also got onto the vocal tracks too, as they were there a good hour or so, but that is pretty much inaudible behind the layers of music. So those kids you hear in the distance at the very beginning and at 4.30 are in fact, real kids who have no idea they're in a song!

Most of the main music in the verses is meant to imply a child-like innocence with something slightly sinister bubbling underneath. Hence the gentle, delicate music box, glockenspiel, plucked strings and almost nursery rhyme-like vocal melody. All of these were meant to conjure the twisted innocence of the Little Sisters. If you listen at 1.53 or so, after the first chorus, you can hear (in the left side of your headphones) an almost merry little melody on plucked strings - to me this sounds like one of the Little Sisters skipping and dancing down the dark corridors.

Most of the sounds and synths I used in this song are meant to imply water, obviously due to BioShock being set in an underwater city. At the very beginning there is a wave sound as the synths fade in. There are also various reverb-drenched, liquid atmospheric sounds in the background all through the song which are difficult to distinguish without headphones but all add up to something bigger.