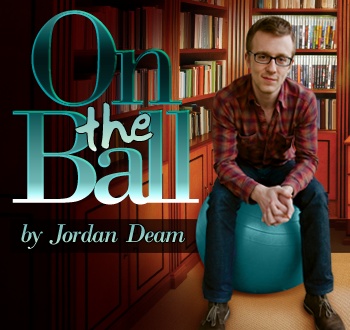 Let's face it: In games journalism, there aren't too many opportunities for real reporting. It's relatively easy for games journalists to share their excitement with readers, to sift through press releases for the information gamers actually care about and even to chat with developers about their upcoming projects. The problem is that publishers, for the sake of building excitement for their titles, want to control every single drop of information that flows to the masses. Journalists don't "uncover" new features in a multiplayer shooter or randomly unearth a studio's top-secret project; it's only when things go horribly, horribly wrong that there's a real story to break, complete with on-the-ground updates, anonymous sources and all.

For that, I want to thank Activision for making it a very interesting week for game journalism.

There are really two stories happening within the same "Infinity Ward versus Activision" clusterf**k. There's the one told by the facts, which, while initially shocking, are relatively mundane. We know, based on LinkedIn pages and Facebook updates, that Infinity Ward studio heads Vince Zampella and Jason West are no longer employed at the company. We know, based on an SEC filing, that Activision had conducted an "internal human resources inquiry" into possible breaches of contract by "two senior employees at Infinity Ward." And, perhaps most tantalizingly, we know, thanks to an anonymous source "close to" the developer, that Activision sent security personnel to Infinity Ward's offices at some point on Monday.

But the far more interesting story is the cloud of unconfirmed rumors and blind speculation swirling around in the ether. Did West and Zampella attempt to take their talents to a rival publisher? Did Activision really stiff the developer on royalties after they produced the best-selling entertainment property of all time? And, perhaps of most interest to gamers, is Infinity Ward getting tired of churning out Call of Duty games?