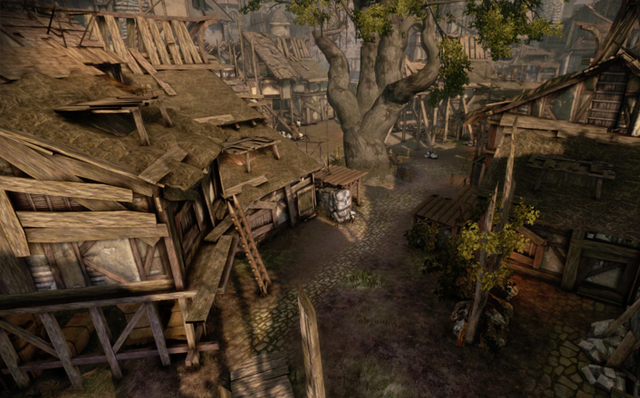 When did informant become such a dirty word? The root is, of course, "to inform," the very same function that society will praise a teacher for performing! But you didn't pen the rules of society, and so until someone sane decides to re-author them, you're stuck hiding your frequent trips to the Chantry behind petty lies. Never before has someone "forgotten eggs at the market" so often.

People have a bad perception of city elves, but their small and often impoverished communities share the same sense of loyalty to one another as their snooty Dalish contemporaries. That's why you're sure that there's no one in the alienage who'd understand your deal with the templars. Unlike the Dalish, city elves must follow the rules and laws of men and, as such, must commit any mages among them to the templars. Honestly, you're doing little more than upholding the law of the land every time you secretly turn in an elf showing magical prowess. And so you get paid per head. Everyone's got to make a living somehow.

Things have been going fairly well for you as of late, or at least they were until Melwen accidentally froze Cildion's poor dog where he stood this morning. You've never been faced with even a moment's hesitation in considering whether or not to turn a budding eleven mage in to The Circle, and today wouldn't be any different if Melwen wasn't your niece by your favorite sister.

Giving her to The Circle would crush her mother. Then again, with that sort of garbage self-control, she's bound to find a life in the tower by someone's hand, so why not your own when yours could be filled with gold for the trouble?

Meet your contact in the chapel and collect your payment for exposing Melwen.


Neglect your arrangement with the templars just this once. Perhaps with proper training Melwen can hide her abilities after all.