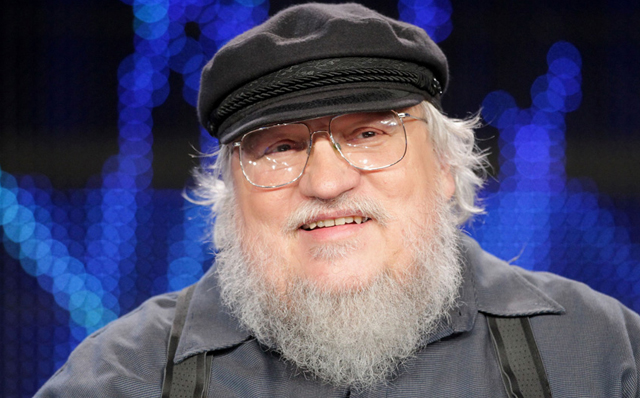 "No one gets to abuse the people of Westeros but me." - George R.R. Martin on fan fiction.

It's nine o'clock. After rising from bed, you place your signature flat, short-brimmed cap on your head, give your resplendent peppered beard a dutiful stroke, and turn on the coffee maker. Soon, the brew drips through to the pot below, and you look to it greedily. Black and bitter, the best way to enjoy almost anything.

The phone rings. It's HBO, and they have some distressing news.

As of season three, Game of Thrones is reaching more fans through the television show than the books, and with season four premiering this weekend, the network is getting worried. It's not just about the time it's taking for you to come up with more source material any more. It's what that material contains.

"We don't want to commit anymore time or money to this if it's not going somewhere we can trust to be successful, George," the executive tells you. "You're no Spring chicken, and Winter is coming. We need an ending. Now. This thing is too popular to risk to with your whims and 'dancing' deadlines. The PR nightmare of having to devolve the series into a prequel arc while you get your act together would be disastrous for the network. Send us an outline before the day is out, or we're pulling the proverbial plug."

The man hangs up the phone, and you slowly place your coffee mug back on the counter. Well, you think, if there are more people watching the show than reading the books, I suppose I could pick up wherever the show left off and ignore all of that Dance With Dragons nonsense. There are two things my fans like, so I just need to balance them properly to be successful: total fan service, and total wrenching tragedy. If the mix is right, there's no way it can fail.

You grab your trusty pen and journal, and waste no time getting to work on what you're sure is going to be the Best. Game of Thrones Book. Ever.

Okay, let's start with something fresh: A dynamic new character to draw people back into the universe. It should be a ...