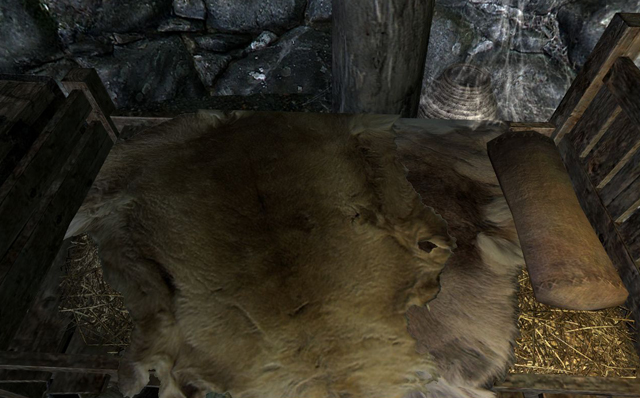 Shrugging off the shouting as the misguided hijinks of a beggar who's somehow managed to get his hands on an Imperial war horn, you close your eyes and fall sharply back into your usual uncomfortable slumber.

The following morning you're able to collect an extra two beets more than usual (two whole beets!), allowing you to choose one day next week to live like royalty and savor two meals not made entirely of beets.

Things seem to be moving along as they always did, or perhaps just a tiny bit better (though its difficult to tell) for the following two weeks. That is until your Uncle Mortimer shows up at your doorstep for lunch. There are only two problems with this. One, your Uncle Mortimer has been dead for fifteen years, and two, it seems he thinks the lunch is supposed to be you. As you're slowly munched into his tummy, you can't help but wonder where in Oblivion this zombie came from, and if it's sudden appearance had anything to do with that strange shouting you heard two Middases past.

Mike Kayatta is a contributing news writer for The Escapist and the author of John Gone. Paul Goodman is a loyal editorial assistant at The Escapist. Together, they fight crime.