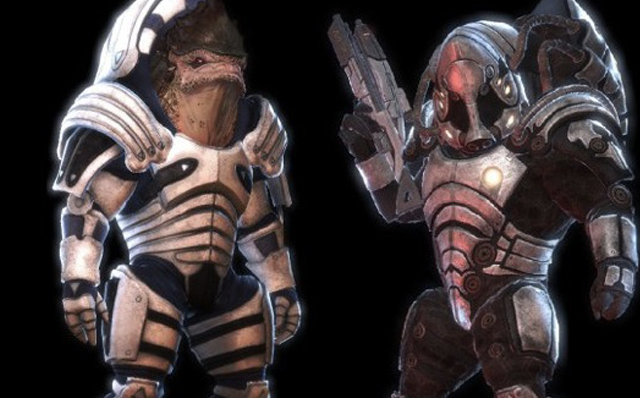 Just six weeks later, the business you worked so hard to build is dead. In fact, things are so utterly dismal that even referring to it as a "business" any longer would be an abuse of the word's meaning. You haven't seen a customer so much as peruse your goods in over fifteen days. Everything you've worked for, all of your dreams, all of your sacrifices are now wasted, ruined. But there's no use spending anymore time dwelling on your mistakes; the only thing that matters now is the future, your business's future. You need to get your hands on that recording. It's the only thing that matters now.

You drop your forehead to the edge of the counter, stare at the floor, and think. Unfortunately, Shepard reportedly left the Citadel weeks ago. The only way to get that endorsement now is from one of the other shops, and that's not likely to be an easy task. Up until very recently, you've been their top competitor. Why would they help you now?

It hits you. You need to call Renn, the highest-ranking member of your Clan stationed on the Citadel. He'll know what to do. You've never gotten along with the guy before now, but hey, his cut of store profits is in jeopardy too.

You lift your head and dial your contact. The communicator blinks twice before Renn's familiarly acerbic voice croaks a response. "Yeah, what?" he answers.

You explain the situation as rationally as you can, making sure to use words with the fewest syllables as possible. Hailot Renn never was one for what he calls "that fancy talk."

"So," he barks, "that's why my envelopes have been light the last month. Good thing you called; thought you were holding back on me. I was close to sending Scarn over there to take a vent pipe to your quad."

The mere mention of the idea makes you cringe in four places.

"Way I see it?" Renn continues. "We've got a couple of options. I can send you a couple of the stealthier Krogan I know, and you can sabotage the server where the other stores are storing Shepard's voice. Or, if you prefer a more ... physical approach, I send Scarn and some of the other boys to the competition with a couple of Hydra shotguns. That'll either scare 'em into taking the recording down, or into giving you a copy of the master file. Can't promise no one gets hurt though. Well, if we're lucky, that is."

Sneak in and sabotage the recording when no one is there.

Intimidate the storeowners with violence.