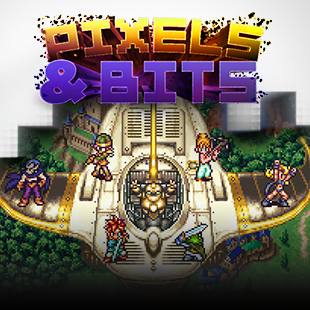 Despite the disappointment many fans felt with the endings of Mass Effect 3, it is important to note that a series of player choices throughout the games led to several different variations in the storyline, adding immense value to the gaming experience. Will you save the Geth or the Quarians? Will you cure the genophage? Will the crew survive? Will Shepard? What happens is up to you, as is how you handle the consequences of your decisions (yes, I saved the Geth).

Cause and effect is the relationship between two events, with the secondary event being a direct consequence of the first. It was once rare that a consumer of any entertainment medium has the ability to create either cause or effect by altering the course of event progression. As a child, I was what one would call a bookworm, reading anything I could get my hands on. Yet there are few books I remember more vividly than the Give Yourself Goosebumps series. Gone were the days of cover-to-cover reading. At the end of each passage, you were asked a question to which you had one or more answers to choose from. Each answer directed you to a different page to pick up the story, which was altered by the decision you made. You were creating your own tale. And it was awesome.

In 1995, the developer formerly known as Squaresoft (now Square Enix) provided video game players with the most revolutionary feature since The Legend of Zelda introduced us to saving our progress - the ability to alter the course of events in the game through a series of choices. Although titles prior to its release allowed for minor decision making, none were done with as much elaborate precision and variation in consequence as Chrono Trigger.

Often hailed as one of the greatest SNES games of all time, Chrono Trigger opens with the ominous "tick-tock"of a slowing pendulum, and the player being dropped into an expansive Hylian-esque overworld as Crono, the silent, spikey-haired protagonist in the year 1000 A.D. In the effort to save their world from being destroyed by Lavos, a curiously-designed alien that crashed into Earth in 65,000,000 B.C., the seven playable characters are faced with a seemingly never ending series of choices, some of which affect the game, some of which affect the player.

Medina is a small village populated by the magical race known as Mystics. When initially accessed in the Present, the Mystics are extremely hostile, with some attacking Crono and his team, as the result of residual animosity from the Human/Mystic conflict from the Middle Ages. The prices in the markets are extremely high, and worshippers in the town center pray for the rise of Lavos and the destruction of all humans. If the team travels to 600 A.D. and defeats Ozzie, one of the Mystic leader Magus' henchmen, then they will find Present Medina is quite different. The anti-human sentiment is gone, and merchandise is now cheaper than anywhere else in the game. There is basically no downside to completing this optional quest, which is made more humorous if the player has Magus in their party. If.

One of the biggest choices the player makes is whether to allow Magus to join their party, or to kill him. After meeting Magus in the Antiquity era, he will offer Frog the opportunity to battle. Magus is the most magically powerful character in the game and, considering there is a loophole which allows the player to add him to their bestiary while still being able to proceed with him in the party, from a gameplay perspective, there is no downside to keeping him. However, Magus is responsible for Frog, formerly known as Glenn, being transformed into the frog-like creature he is, and there is no possibility of Frog regaining his human form if Magus' life is spared. While Frog returning to his human form has no impact on the game, Chrono Trigger manages to actually make the player care about the characters. Not being able to assist Frog in any meaningful way after sparing Magus is a bit disheartening, even if your game is improved as a result. 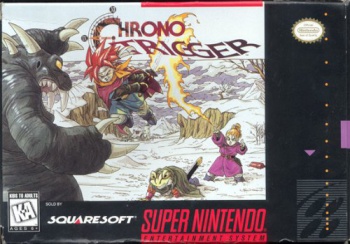 The player also has the option to throw Einstein's definition of insanity out the window in the effort to save a beloved NPC. After transforming a desert into a forest, Lucca discovers a new portal that takes her to her bedroom 10 years in the past. She finds her previously wheelchair-bound mother walking around, when suddenly her mother's shirt becomes caught in one of her father's machines. Lucca is about to witness the moment her mother became crippled. Luckily, the player is armed with a conveniently-placed code to disarm the machine. Unluckily, this is an extremely time-sensitive task, and entering that damn code is a lot more difficult than you would think. Frequently, playing through this scene will end tragically. While saving Lucca's mother is an optional side quest and has no effect whatsoever on the progression of the game or any of its events, do you really want to end things knowing you could have saved her and didn't? Knowing that, as a direct result of your failure, Lucca's mother is (still) crippled? The player, though, has the option of restarting and retrying. This is a heart-in-your-throat, classically-emotional video game moment that makes Aerith's death feel like a minor inconvenience by comparison. Yep, I said it.

As the result of numerous in-game choices, it is impossible to briefly summarize Chrono Trigger, because the game can be so incredibly different every time you play it. Will you save the Epoch, or will you destroy it? In which era will you battle Lavos? With decisions you make in the past influencing the progression of events in the future and more than a dozen possible endings, Chrono Trigger offers one of the most sought after features of any video game - replay value. In addition, by giving the player control over decisions that directly impact the characters, creators were able to successfully instill feelings of empathy, uncertainty, and responsibility during gameplay in an unprecedented way. It was with this introduction that we saw the path paved for the Mass Effects of the future.

For many years prior to Chrono Trigger's release games served as a form of entertainment for consumers. However, with the incorporation of cause and effect gameplay, developers delivered to players the ability to dictate the circumstances that directly impacted the plot of games, providing more control than just "turn on the console, complete the mission, and beat the bad guy."