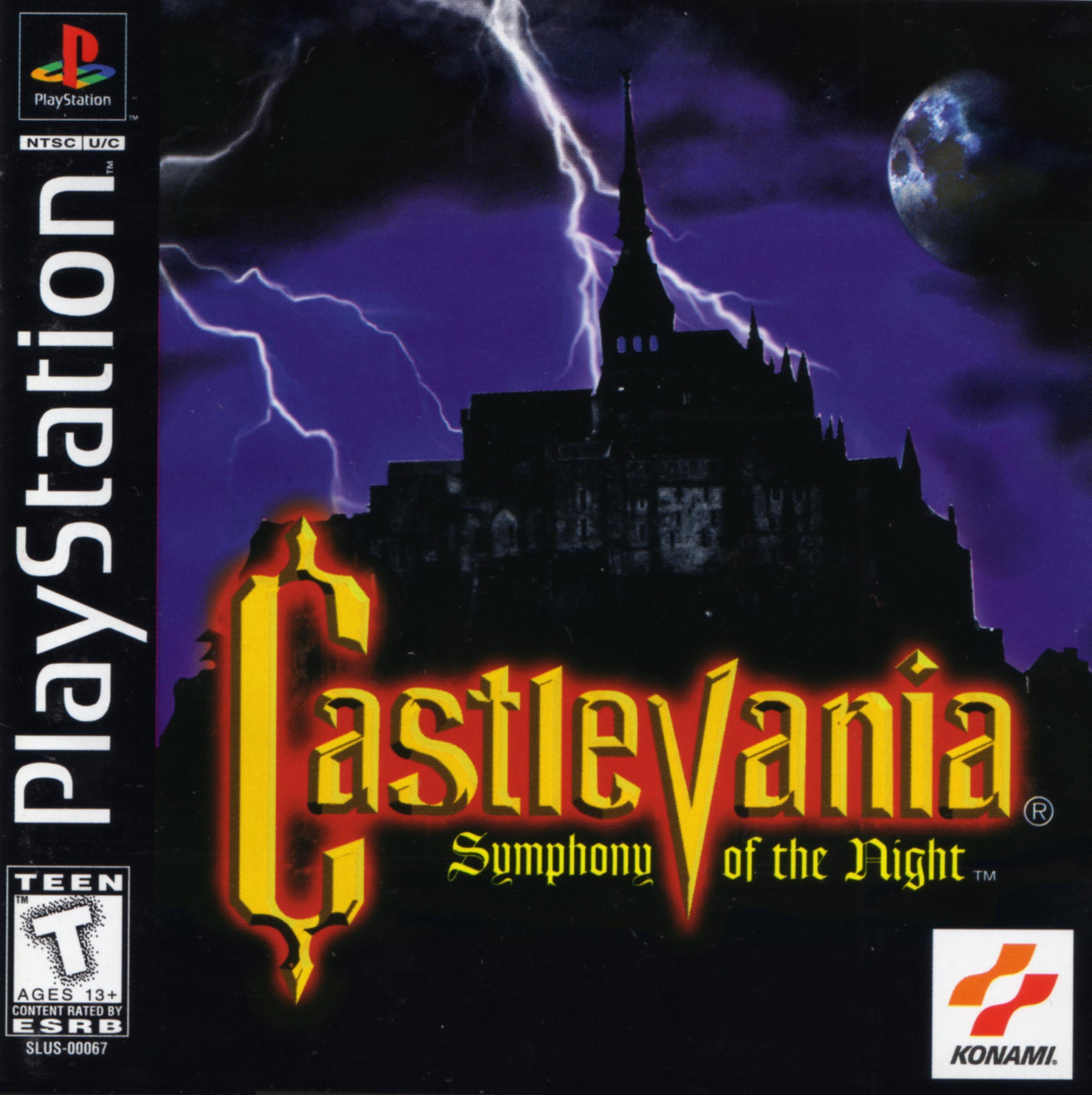 Even the most casual of game enthusiasts have heard the term. Metroidvania is an action-adventure sub-genre popularized across multiple platforms after the 1997 release of Castlevania: Symphony of the Night.

By abandoning the earlier level-to-level action adventure elements established by every preceding Castlevania title (with the sole exception of the heartbreak-in-a-cartridge Castlevania II: Simon's Curse) Symphony of the Night propelled the franchise into a new era. SoTN combined non-linear exploration with RPG elements and an expansive map by presumably adopting gameplay elements from the highly successful Metroid series.* It also reintroduced Alucard, the son of Dracula who we last saw as an accompanying character in Dracula's Curse, as the game's lead character.

I already know what you're going to say.

But it's not a true Castlevania.

The last truly great traditional Castlevania was also the franchise's first entry on the SNES. Released in 1991, and serving as an intended remake of the original NES title, Super Castlevania IV became for many devout series aficionados the benchmark against which all future titles were to be judged. After spending some time navigating the Transylvanian countryside with Trevor Belmont and friends, Konami brought players back to 1691 and revived the irrepressible protagonist Simon Belmont. Everything about the game feels pure. Be it the background designs, the enemies, the music, or the badass Vampire Hunter himself, the game epitomizes the term "classic." 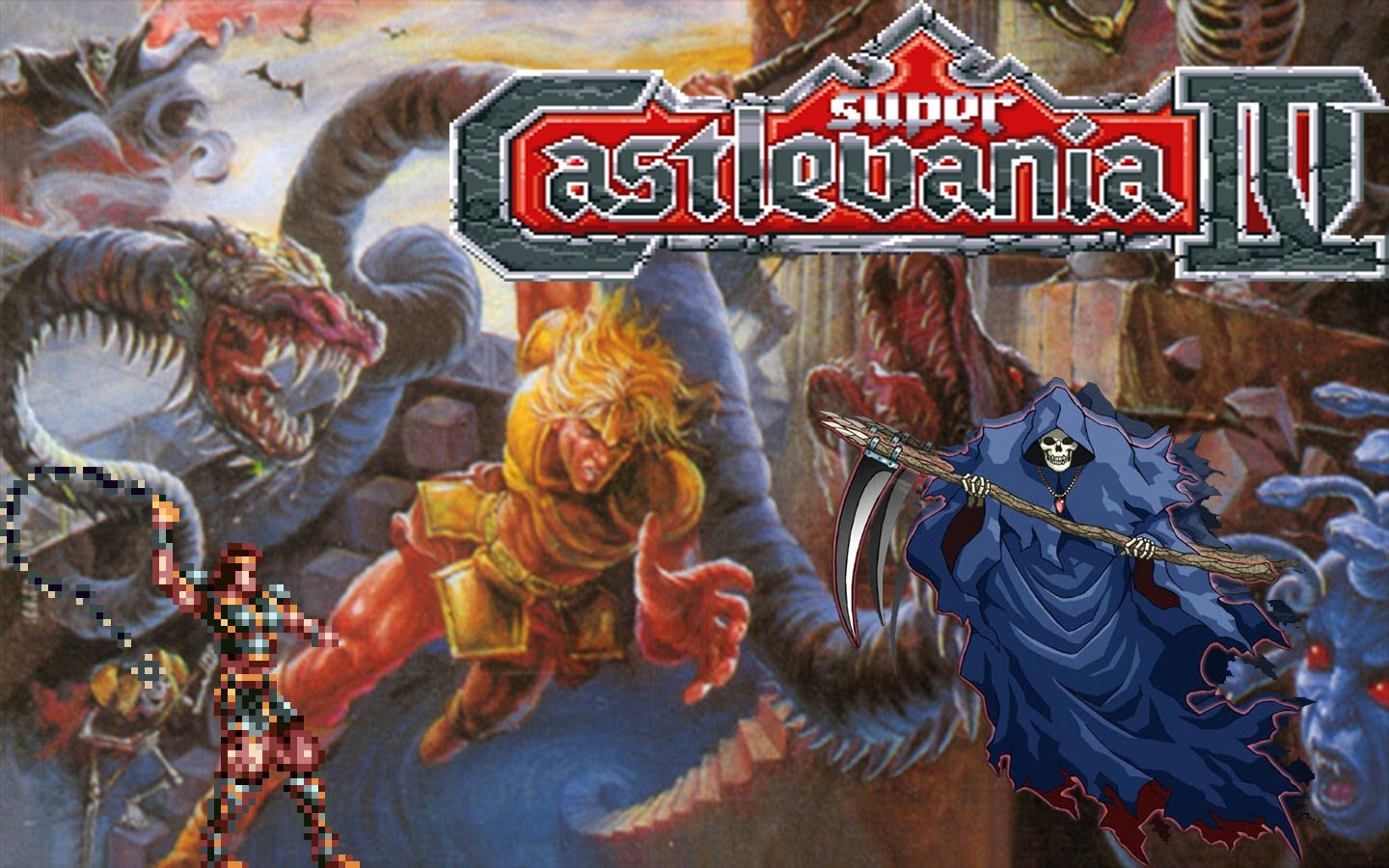 Despite being branded a remake of the original, Super Castlevania IV introduced new level designs and abilities in a similar time and setting. While the remake stayed very true thematically to the original Castlevania, it was riddled with upgrades. From the gatehouse of Dracula's fortress to the final showdown in the heart of the castle against the king of darkness himself, the player guides Belmont through balmy swamps and expansive vaults, murky tunnels and dusty libraries. While the game's early stages feel slow-paced, there is a consistent and gradual build up of enemies and environmental challenges that set a beguiling tone. The greatest downfall is that the levels themselves are extremely short. Like, Skyblazer short.

Super Castlevania IV also incorporated the Super Nintendo's Mode 7 graphics feature into the level designs, allowing for the spinning, scaling, and rotation of level backgrounds. Two blocks in level 4 rely heavily on this mode, and I'll be damned if the entire game didn't benefit as a result. In addition, the music is more robust than earlier titles, with each tune suiting its environment harmonically. The only real black mark sound-wise is that the sound effects are overpowering and don't blend well with the musical scores.

Classic Castlevanias relied heavily on the use of the Vampire Killer whip (wielded by the Belmont clan) in order to win the solitary war against Dracula, yet prior manifestations exclusively allowed for horizontal and vertical strikes. Alongside the added bits that accompanied the title, players were also gifted a spectacular bonus with Super Castlevania IV: an eight direction whip. Complimenting the newly implemented multi-directional attacks, the whip in Super Castlevania IV can also be used for blocking enemy attacks as well as latching onto floating rings incorporated into many level designs in order to swing across gaps too large for a standard jump. 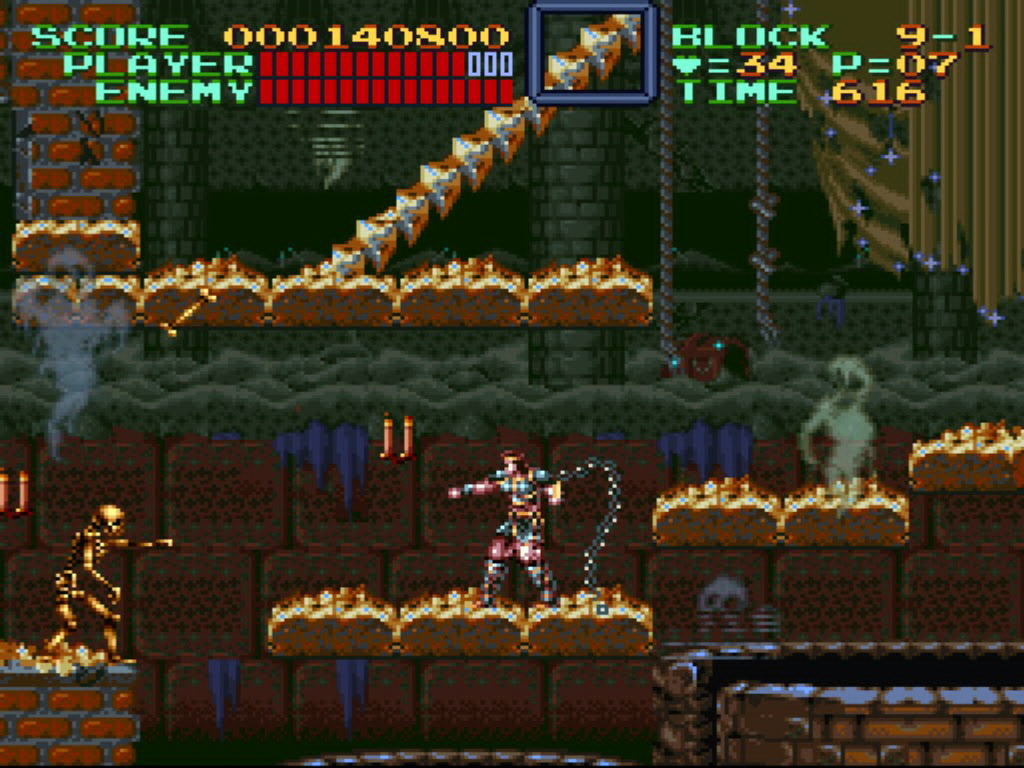 In addition to Belmont's upgraded whip, Super Castlevania IV offered an impressive assortment of secondary weapons, including a watch that freezes adversaries, an axe that arches mid-throw, and a crucifix which immediately destroys all on-screen enemies. All of the secondary weapons are retrieved from torches and fueled by collected hearts. Disappointingly, Super Castlevania IV uses a password save system that depletes hearts and weapons between plays. And if there's one thing I hate more than almost in this world, its password save systems.

Similar to its franchise kin, Super Castlevania IV provided a wealth of constantly evolving enemies of varying degrees of difficulty, including the treacherously difficult franchise darling, the Grim Reaper. Super Castlevania IV used color sparingly, instead focusing on muted tones in order to enhance the medieval setting. Following Super Castlevania IV's release, titles utilized more of a vibrantly colorful theme in their design than the ancestral Gothic graphics that had come to be expected from Castlevania games as well as using more of an anime style, particularly in character design.

As for the musical differences, Super Castlevania IV delivered a constantly evolving and hauntingly atmospheric score. While everyone knows that the music from Symphony of the Night is legendary, it's recycled throughout the game. It feels as though halfway through development they ran out of music, and just threw random tracks from the first half onto any level in the second. All titles following SoTN delivered underwhelming music, a travesty considering one of the most profound staples of a Castlevania game is the soundtrack.

Symphony also required a great deal of backtracking to previously explored areas, and no additional bosses or tasks are added for gameplay during this trek. If you're going to abandon level-to-level progression, the least you could do is offer a challenge when you are required to revisit prior areas.

Super Castlevania IV showed the spectacular capabilities of the system it was designed for, while simultaneously staying true to its heritage and providing vast improvements across the board. Evolution in any long-standing franchise is necessary considering the technological advancements provided by newer systems and frequently brings a variety of enhancements. However, the total abandonment of the deeply classic Gothic themes, beloved protagonists, and traditional gameplay led to the death of Castlevania, and the birth of a department store knockoff of a once monumental franchise.

* Fun fact: Metroidvania was a fan-dubbed term, resulting from the assumed combination of elements from both franchises. However, the true inspiration for Castlevania's evolution was The Legend of Zelda.