Trucks snuck off with a cargo so terrible, it was intended never to be discovered again. They went where anyone goes when they have a terrible secret that needs to stay buried- a landfill in New Mexico. Despite the media coverage, conflicting reports combined with the sheer unbelievable concept led many to consider it an urban legend. For more than 30 years, the horror stayed buried. Yet, in the spring of 2014, a Canadian entertainment company teamed up with an excavation crew, in the hopes of filming a documentary which would finally put the rumors to rest - one way or the other. Shortly after they began digging they unearthed the first of many copies of E.T. the Extraterrestrial. The game so awful, it is credited with the demise of Atari, as well as holding the barely challenged title of "worst video game ever" by basically everyone who has ever played it. The game so awful, Atari decided to literally bury it in an attempt to spare future generations from ever having to accidentally lay an eye upon it. 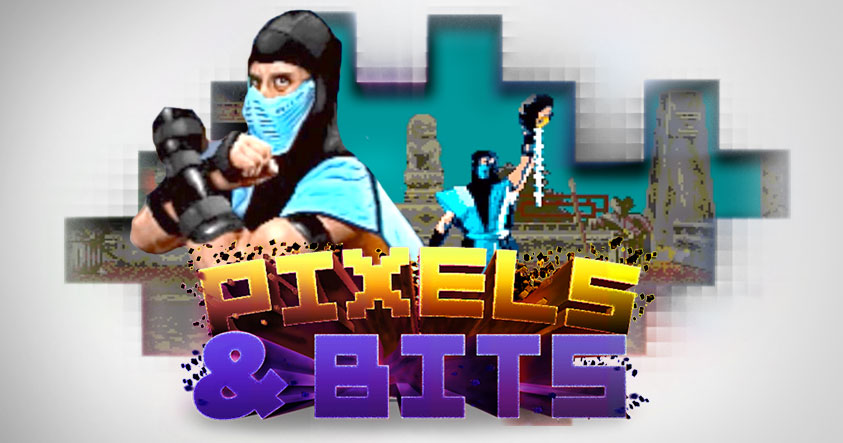 Despite the best efforts and good intentions of video game developers, the industry's past is riddled with just as many epic failures as epic successes. To this day, tales are told of Superman 64, Shaq Fu, and Zelda: The Wand of Gamelon, with a disdain equal in passion to that which is seen with the video game greats. Perhaps, some video games are better off buried. Take my hand, as I lead you on a journey which highlights the issues I have with my own personal E.T., Mortal Kombat Mythologies: Sub-Zero.

Released in 1997 as the first side scrolling Mortal Kombat game, MKM:SZ provided players with the opportunity to engage in the gory battles they'd come to expect from its predecessors, while roaming with an actual storyline. Serving as a prequel to the events of the original Mortal Kombat game, Sub-Zero is hired by Quan Chi, the most powerful sorcerer in the Netherrealm, to retrieve a map of elements. Upon retrieval, the player then guides Sub-Zero to the Temple of Elements to locate an amulet, which serves as the source of power of Shinnok, a fallen Elder God. Quan Chi fetches the amulet and disappears through a portal, leaving Sub-Zero to field the wrath of God of Thunder and recurring franchise badass, Raiden. Sub-Zero is transported to the Netherrealm, where he fights his way to Quan Chi's fortress, and successfully steals back the amulet after a series of battles. The game ends with Shang Tsung, another powerful sorcerer and regular series antagonist, hiring Sub-Zero to compete in what would become the original Mortal Kombat.

While on paper the premise was good, Mortal Kombat Mythologies: Sub-Zero failed on the delivery of essentially every single feature. The game was released on both the original Playstation and Nintendo 64, with the primary difference being the Playstation version used poorly executed cut scenes, a feature spared to N64 users who only had to suffer through a few moments of text and screenshots. Additionally, the game launches players back to the point in time where dead bodies disappeared in a pixelated fog right before your eyes. We expected better from you, Mortal Kombat. 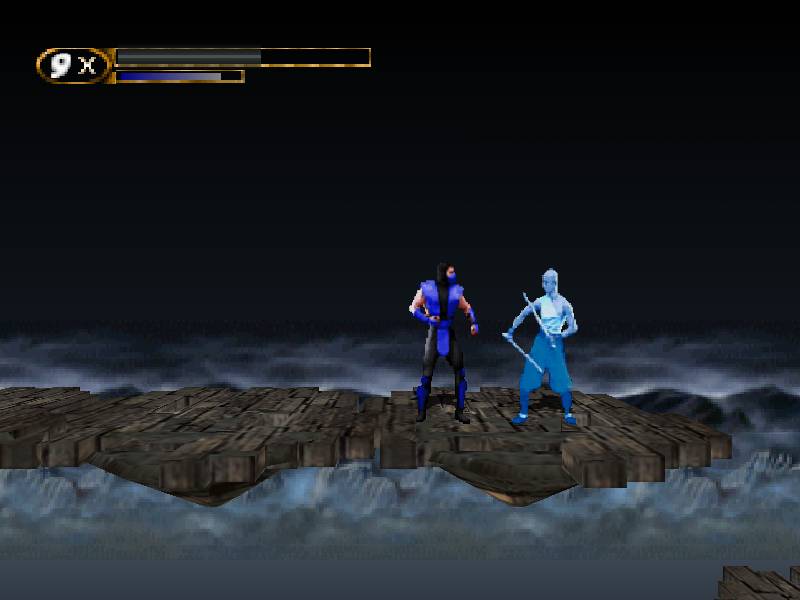 In a seemingly conscious decision to make the game not playable, the jump button was completely nonexistent: in its place, a button just to turn around. This is far beyond a minor inconvenience during the game's most important moments - the actual fighting sequences.

The scenery was a combination of adequately smooth detailing and and over-colored pixelated splatters, awkwardly merged with surprisingly well executed lighting effects. This careless hodgepodge of clarity and blur made just the act of focusing on the screen an uncomfortable effort. The characters, clearly given the least amount of effort in the design stage, stand out awkwardly against the scattered decent parts of the background designs. Sub-Zero moves unnaturally through his environment with a jerky gait, a prime example being the way he climbs the rope out of the Shaolin temple after retrieving the map. What was that about? No one climbs like that, Sub-Zero. Stop it. Additionally, the levels are designed in such such a way that you have to basically jump off cliffs and run under pillars on purpose just to see if you'll die - a negative spin on cause and effect gameplay that doesn't allow room for any strategic planning on the part of the player.

Even without factoring in the physical ugliness and control missteps, this game had issues right from the title. It's important to note that Mortal Kombat Mythologies: Sub-Zero follows the original Sub-Zero, Lin Kuei assassin Bi-Han, who appeared only in the original Mortal Kombat game. Bi-Han was killed by Scorpion in the Mortal Kombat Tournament, and later resurrected by Quan Chi as Noob Saibot. Every representation of Sub-Zero following this defeat was actually Bi-Han's younger brother, Kuai Liang. Sorry to be "that guy," but this game is actually Mortal Kombat Mythologies: Noob Saibot. This is a minor annoyance which, when coupled with all the rest of the game's obvious shortcomings, I struggle to be able to move on from.

Rarely have I found myself mourning the precious time lost after the completion of any video game, let alone one from such a beloved franchise as Mortal Kombat. However, after suffering through the headache-inducing graphics, flawed level designs, and unintentionally dishonest storyline of Mortal Kombat Mythologies: Sub-Zero, I wish Midway would push B, turn around, and run back in time to bury every copy of that damned game with it's spiritual kin in that landfill.