I am embarrassed to admit that my first ever experience playing Going Loud Studios' DLC Quest was last week. I'm not entirely sure how this crazy diamond managed to shine right past me up until now, but all of that has since been remedied. And all I can muster up as an introduction is "oh my god." 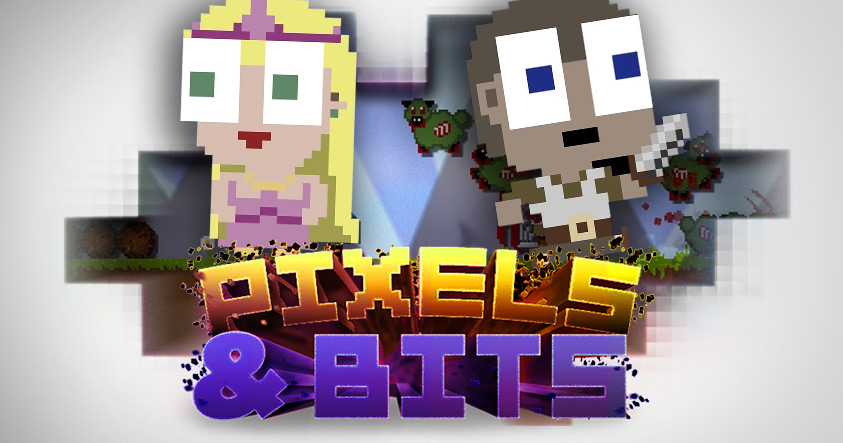 There is no denying that modern games are an entirely different beast from those of the days of yore. The days of owning an entire, complete game immediately after money is exchanged are past us. Downloadable content (DLC), particularly when it must be purchased, is a spectacularly touchy subject in the gaming community. While most will agree that DLC has its place in the gaming sphere - expansion packs being one shining example - many have become distrustful of on-disk future content and the necessity to pay for additional quests, locations, characters, or interactions shortly after a title's launch. Despite the unpopularity of DLC, which seems matched only by a hatred of microtransactions, developers and publishers have exploited the practice.

Enter: DLC Quest. On the surface, this cheap hour(ish)-long game had little care put into its creation. The designs are cute in a minimalistic way, but the truth remains that it is a bare bones basic sort of game. And that was the point. DLC Quest does not aim to be a rockstar entry in the video game hall of fame. The developers intentionally designed the game to be lacking in every major design and gameplay area in order to expose the DLC monster's ugly head through pure and unapologetic satire.

If you're looking for a long campaign, an in depth story, character development, and engaging and challenging gameplay, then you should close this window now. You won't be finding any of that with DLC Quest, and I believe that was the entire point of the game. What the title lacks in player choice and acceptable storytelling it more than makes up for with sheer wit, backhanded snark, and brilliant satire.

DLC Quest is two short campaigns that are best played in order. The first, DLC Quest, is the shorter of the two and sets the tone for what is to come. The game opens with your character able to do the bare minimum - there are no animations, no music, and no turning left. A princess has been kidnapped, and it is up to you to rescue her - but in order to do so, you need quite a few improvements.

You will navigate the board, collecting floating gold coins that can be used at the merchant in order to buy "upgrades," like turning, pausing, and jumping, as well as optional perks, like music, sexy outfits, and armor for the horse that you never ride. The game ends very abruptly, which left me slightly frustrated, until I checked my progress log and achievements. When re-entering the game, I discovered that an alternate ending DLC was available through the merchant, allowing me to actually see the result of my progress.

The second campaign, "Live Freemium or Die[/i], is much of the same, although you begin with the basic movements and the campaign is longer. At one point you wander into an unfinished - and unnamed - area that can be unlocked only at the completion of the game. This particular parody of the video game industry is charming, sharp, and funny, although there is something very scary about how plausible it all seems.

DLC Quest isn't quite what I would call a "game," but rather a not so subtle introspection of the often-abused business practice of offering something as additional content when it should have been included as a standard feature. DLC Quest also isn't what I would call "fun," rather it is clever and, oddly enough, profound in its simple antipathy. The premise alone is enough to carry it, and the length is perfect for the message the game aimed to send - in fact, any longer than the 1-1.5 hours that the title takes to complete and it would have likely felt frustrating and annoying.

DLC Quest is casual, comical, and best of all, cheap.