Dragon's Wake is a charming 2D action platformer that places the player into the role of a newly hatched dragon. While the story is told without a single word spoken, you come to realize that you have entered a world where your species is being hunted. With the assistance of a friendly tribe of equally mute frog-people, you embark on a quest of discovery and survival in an attempt to guide yourself, your allies, and another newly hatched dragon to safety.

Shortly after hatching you encounter a mysterious figure cloaked in black - yet you are too weak to fight him. Surviving long enough to flee is the only option at this time. This figure will appear regularly throughout the course of your time with the game - however, it is only at the end that you will have gathered enough health and fire in order to stand a chance against him. 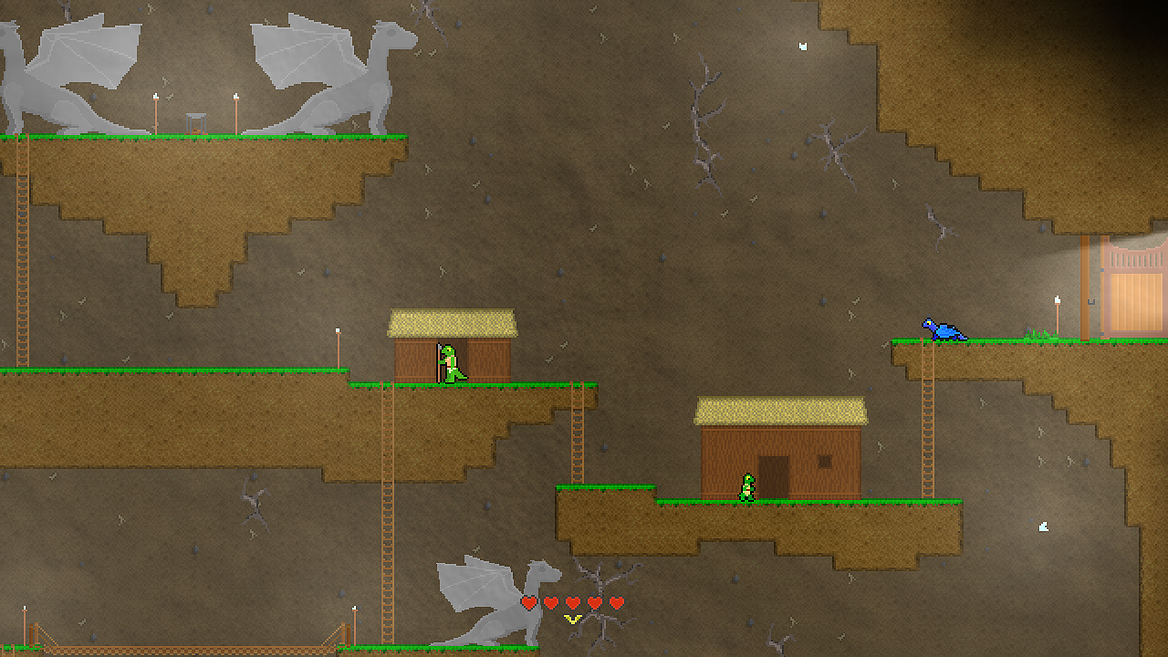 As you progress through the game, you will learn skills associated with hunting, flying, and attacking. At certain key points your dragon will grow as he gains strength and power. Early enemies that you encounter can be easily defeated, and can be eaten in order to replenish health. More difficult enemies give additional bonuses, including additional jumps while flying, extra flames, and increased health. These skills are necessary for progression, as the enemies that you encounter become more difficult. Most enemies can be eaten for health regeneration, and your dragon makes the most adorable "nom nom" sounds when he's eating his enemies. Sure he had just slaughtered an entire village of people, but he was damn cute when he feasted on their corpses. I'm not sure why, but for some reason this made the dragon so much more relatable for me - he wasn't the monster that so many had thought him to be, rather he was simply doing what he needed to do in order to survive.

Dragon's Wake has the sort of unforgiving controls reminiscent of 80's and 90's platformers that so often left me hauling controllers in my youth. With flight, for example, multiple jumps are given that can be used after taking off in order to add both height and length to the amount of time spent airborne. The correct timing for using these extra jumps is precise, as is aiming for platforms - both under and overshooting were common, a feature I enjoyed quite a bit. The challenge came not only in battling and defeating enemies, but also the precision with which you had to navigate the environment. The best platformers make you work for your landing, and Dragon's Wake embraced that element fully. 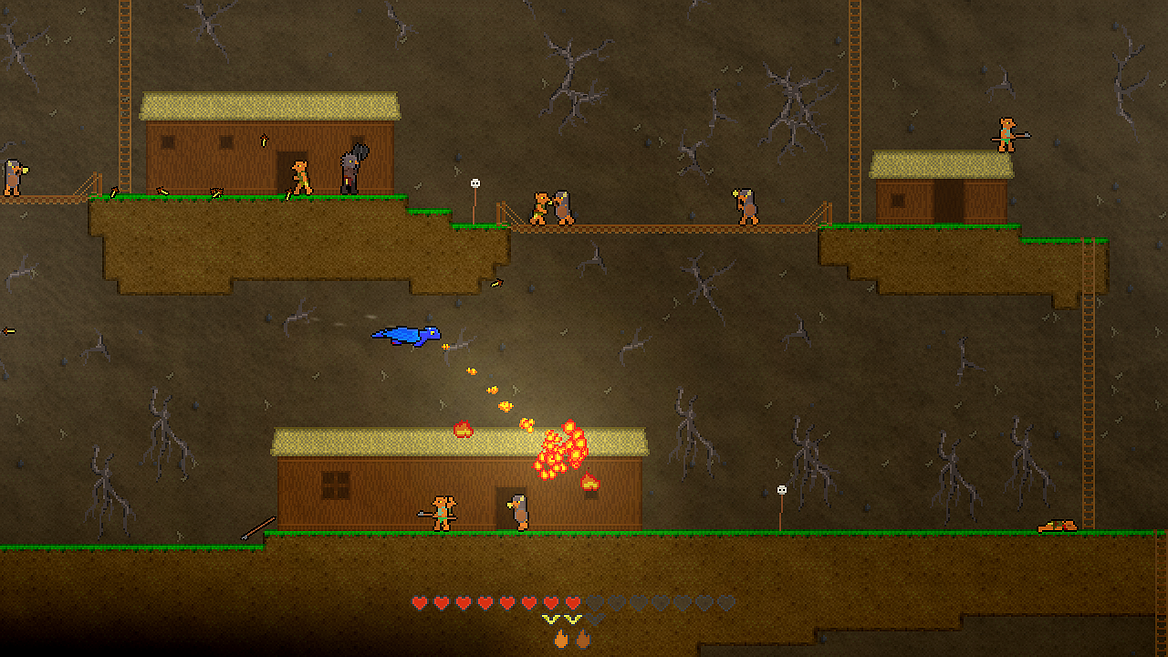 The absence of a written narrative adds to the mood of the story - a newborn dragon can hardly be expected to engage in full conversations with his frog buddies, right? The story, however, is simple to understand, and is accented beautifully by the changes in music throughout the game. There is no point that I felt lost while playing, as both the music and my allies guided me to where I was needed. The lack of conversation made the experience feel much more profound, emulating the desperation, confusion, and discovery of a new world where you are seen as an enemy to both man and beast.

The most disappointing part of Dragon's Wake is the game's length. The game seemed to end rather abruptly, and left me feeling unsatisfied at the end. On my third playthrough I was able to complete the entire game in about 40 minutes. I finished wanting more, and would love to see it expanded upon in the future. Because of the short length of the game, the growth of my character also felt rushed. I do wish there had been a more gradual approach taken to character development, along with more time connecting with my allies and exploring the existing environments, which could have extended the life of the game significantly. 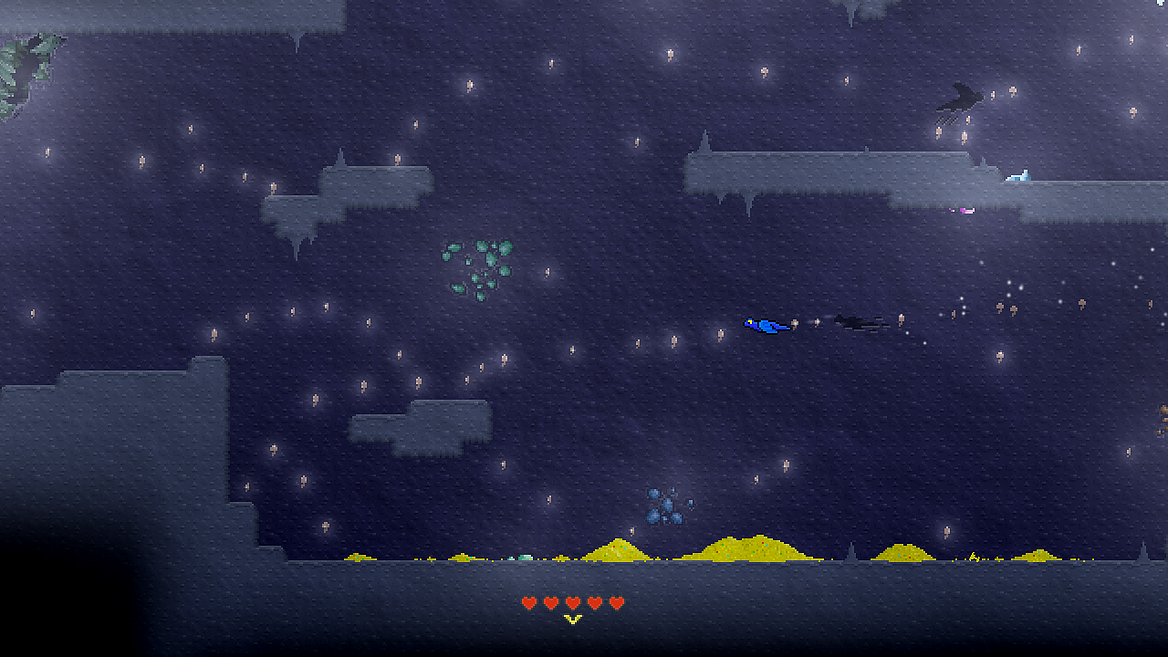 Luckily, there is a significant - although not immediately obvious - amount of player choice built into the game. While on my first playthrough it felt as though there was a strict story that could not be deviated from, I later realized that allies I had previously lost were, in fact, quite saveable. This allowed for a bit of expansion - it was not as restrictive as I had previously thought, and the fact that different choices had different consequences added play time, making the otherwise brief game worthy of its price tag in terms of content. The abrupt ending, however, is one disappointing flaw in a game that otherwise feels complete.