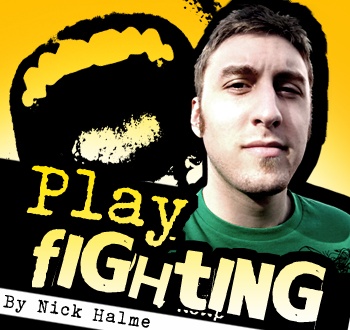 I've just gotten back from GDC Canada; two days of session after session on the topic of game development. And now I have to condense it here on this page screen. It's exhausting just thinking about it.

To start off you should know that I'm Canadian and went to school for game design in Vancouver, where the conference was held (which is just above Seattle, FYI). So I knew a good deal of the people attending, and I think I got an honest feeling for how the conference went.

Vancouver is a city that contains over a hundred and twenty game studios, and I guarantee you've never heard of most of them (and you never will). That's because many of them are art houses or boutique studios that might work on multiplayer components or map packs for bigger companies that you actually have heard of. But we do have some heavy hitters: Relic (Company of Heroes, Dawn of War I & II), Radical (Prototype), Blue Castle (Dead Rising 2), Next Level (the new Punch Out), and of course EA. The bulk of the sessions were given by developers from these companies, with a few impressive American visitors as well, which included Bungie.

The whole thing was terribly pragmatic as is I think customary for the Canadian videogame industry - Vancouver is a very business-oriented city, so it should be no surprise that the general theme of the conference was on team management. I know, it doesn't really make great reading. But ironically the most interesting talk in that vein came from Allen Murray, a producer from Bungie. Canada isn't exactly known for its first person shooters, so the audience was more than eager to learn about Bungie's development practices. Apparently Halo 2 was "a death march" with an eight month long crunch period, and it was decided things needed to change for Halo 3 (which shipped a week early). I can say with authority that most of the methods he described were news to everyone in the room, and I think that's the most one of these sessions can hope to achieve: sharing tricks of the trade with other developers.

Last year I attended a conference organized by the same company responsible for bringing the GDC brand to Canada, and I was surprised to see one of my writing teachers on a panel with someone named Marianne Krawczyk. During that panel I learned she was the writer on God of War and that she really knows what she's talking about. So I was excited to see she was back this year with Susan O' Connor (Gears of War, BioShock, Far Cry 2). Their talk centered around the importance of bringing in writers from the beginning of the development process so that they can, uh, write. It's all too common for writers to be brought in on a contract basis at the tail end of a project, because writing isn't considered "real work" in the hard knocks world of videogame development.

But if you've played Gears of War you'll understand that the story just may have been better had a writer been able to work on it for more than three months, after all the decisions had been made. They pressed the point that story can influence and shape an entire game and doesn't have to be relegated to cutscenes and blocks of text. God of War, I believe, was designed in a top down fashion (with the story more or less dictating what sort of gameplay was to be developed), so it's no surprise to see Krawczyk championing the method.

Painfully not present were game theory talks - save for one. And oh boy, did it make up for quantity with quality. Robert Gutschera, a game designer from outside of the videogame industry (Wizards of the Coast) gave an interesting presentation on the relationship between two game design fundamentals: luck and skill. You have to believe me when I say there is no way to sum up what he said or narrow it down to one key point here, but I found it so interesting that you'll see some future columns that have a lot to do with Mr. Gutschera. Listening to a game designer who isn't a game developer is like listening to the voice of reason. Game designers, sort of like game writers, are near the bottom of the "importance ladder" in the wild world of game development, but paper/board/card game designers come from a world where they're all there is. There are no programmers, no producers and no art team. A designer or team of designers creates and tests a game, and then contract artists do their job and make it pretty. It's ironic but logical then that the only really technical game design talk came from someone you've never heard of before.

Visit Nick's blog, VancouverGameDesign.com for more in-depth descriptions of some of the sessions at GDC Canada.

Escapist Podcast: 173: So How Cool Is SteamVR? The Escapist Staff 0 Comments
Comments on