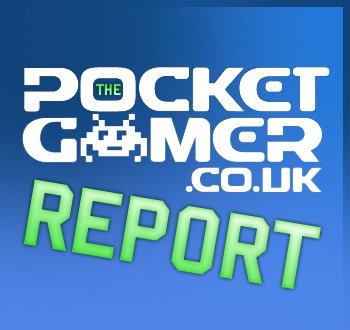 When Nintendo announced the DSiWare download service a while back, the sound of eager retro gamers counting their pennies in anticipation was almost deafening. Subtle hints that the company would be making classic titles from its back catalog - such as Game Boy and Game Boy Advance games - available for download caused many to salivate, but so far Nintendo has failed to make that alluring dream a solid reality.

In fact, aside from a handful of DSiWare Game & Watch releases in Japan, the company seems uncharacteristically reluctant to exploit this potentially lucrative revenue stream, and this could prove to be a costly mistake in the long run.

Nintendo has already proven that retro gaming can be a profitable business with the popular Virtual Console portal on the Wii. Classic games are given a new lease of life via the service and it's given many publishers a way of monetizing its old stock, and judging from the ferocious level of interest from hardcore fans it's also a key selling point for the Wii hardware.

Now, imagine if that feature was to be rolled out on the DSi? Nintendo would instantly have a considerable arsenal of classic titles that would make its portable console an even more enticing proposition and may even convince core gamers - many of whom have been switched-off by the constant stream of so-called casual DS titles - to return to the fold.

While Nintendo is rarely generous when there's an opportunity to make some cash, the firm could even allow those people who have purchased titles on the Wii to run them on the DS at no additional cost - similar to Sony's approach with PS3/PSP connectivity and game-sharing.

Obviously there's a technical disparity between the DS and Wii, so only certain titles would be able to cross-over, but it's hard to deny the appeal of such a concept. With Microsoft currently making plenty of noise about the forthcoming connectivity between its mobile phones and Xbox Live - where gamers will be able to save their progress on one platform and then continue it on the other - there's the potential for Nintendo to steal some thunder here.

Imagine playing through Secret of Mana on your Wii and then continuing the quest when you leave the house via your DSi. When you return home you merely connect the two machines and your progress is instantly synchronized. Nintendo has the opportunity to exploit such a system right now, if it so wishes.

In terms of pricing, Nintendo would obviously be tied-in with its current system for the Virtual Console, but with smaller games - such as monochrome Game Boy titles - a magical price-point of around 200-400 points would surely see the cash rolling in.

With companies such as Sega pushing plenty of retro product in the direction of the iPhone, it's obvious that a market exists for this kind of service on handhelds. In fact, the straightforward nature of many 8-bit and 16-bit titles makes them ideal fodder for commutes to work or train journeys.

It remains to be seen if Nintendo will choose to roll out such a feature on its best-selling portable, but if the industry experts are correct and the DS encounters tough times this year as the market reaches saturation point, such a gesture could help extend the platform's longevity.