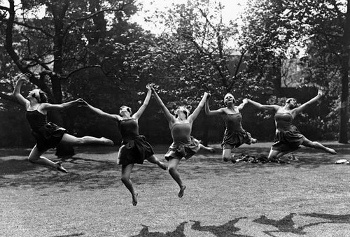 After months of being berated by the internet, Dr. Tim Langdell called it quits this week in order to pursue his life-long dream: interpretive dance. Gamers around the world let the good doctor know just how sad they were to see him go by sending hundreds of heartfelt emails and posting their undying love for him on various internet forums and social networking sites.

"When I was a kid, there were three things I really wanted to do when I grew up," said Dr. Langdell, "The first was to become a doctor of psychology. The second: set up a sham business that would trademark commonly-used words in order to bully small, independent game makers into forking over their hard-earned cash."

"Since I have fulfilled my other dreams, I have decided it's time to move on. There is something about the freedom and grace that comes with interpretive dance that has always attracted me...that, and the spandex body-suits," he continued.

But critics are wondering exactly when Dr. Langdell's new dance troop, "The Color," will have their first Off-Broadway production of their musical "Purple."