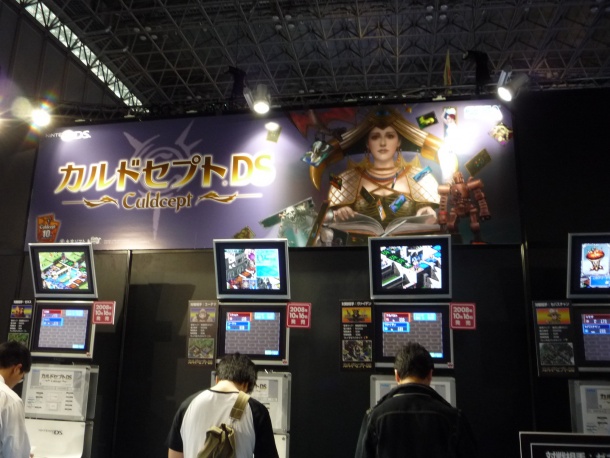 Keiji Inafune is disappointed with the Tokyo Game Show. Late last week, he threw a fit on the showroom floor in front of Destructoid reporters and said that the Japanese game industry was finished. Perhaps a sentiment shared by some who noticed that most of the show was dedicated to Xbox, EA and Activision. Western developers were quick to point out, however, that this sudden outburst may have been anger over having his baby,Dead Rising, ripped from his arms and given to an American 3rd party developer, Blue Castle Games, which is only known for its baseball games.

I am not sure I blame Mr. Inafune for being a little depressed over what was once primarily a showcase for Japanese products. A lot of the smaller Japanese developers didn't show up this year and the only way you could tell TGS apart from the myriad of game conventions this year was the nationality of the people handing out convention maps at the door.

Instead, all the big players made appearances to cash in on the last PR opportunity before the Christmas shopping blitzkrieg. Worse than that, there was barely any buzz about anything that could be considered wholly Japanese. In comparison, the 2007 TGS featured MGS 4, Umbrella Chronicles, No More Heroes, Time Crisis 4 and whatever this is. This year's big stories were Crackdown, Alan Wake, Assassins Creed, Natal and a freakin' Zelda game produced by EA to capture more of the Japanese market. Even Japanese developers announced a partnership with evil casual game masterminds at PopCap in the shape of Gyromancer, a title which could easily be about a wizard and his delicious Greek sandwiches.

Remember when E3 closed its floor to the public? Maybe they had it right. A trade show is supposed to be about sharing fresh ideas between companies. How is that going to happen when you have PR teams whoring out games to consumers instead companies networking and sharing tips on how to overuse film grain and bloom effects?

Have a rumor worth sharing or just want my up to the minute coverage of baby animal pictures? https://twitter.com/RS_MarionCox