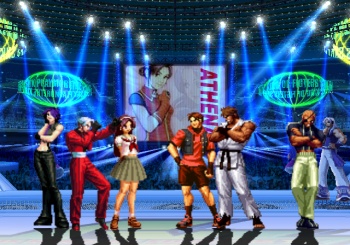 Remember that pretty girl a certain charismatic gossip columnist met at TGS? The one who was dressed as Mai from King of Fighter and subsequently added said journalist to her Facebook? Well, it turns out that my previously reported rumors about a game journalist finding love in Japan may have been somewhat premature.

Aforementioned cosplayer was recently seen adding Adam Sessler, Brian Crecente, and that one dude from The Bonus Round. Leading experts at a local bar to believe that she's a bimbo.

She still hasn't responded to requests to join my gang in Mafia Wars, but she was seen updating her Facebook status in Japanese to either "Going to bed." or "Underwear soup." The online English to Japanese website wasn't that clear, leaving at least one reporter wondering if he shouldn't boil some of his old boxers.