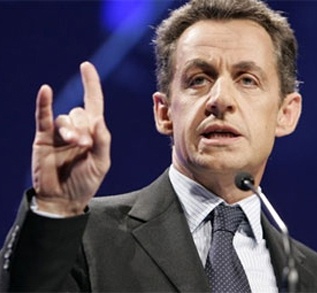 An arraignment hearing is expected to take place this week for French President, Nicolas Sarcozy, who was charged with piracy. It was discovered that he had made 100 copies of a song by MGMT and distributed them amongst his campaign staff. The charge carries a hefty fine and even prison time, but legal experts expect the charges to be reduced after being told the band's name.

The arrest comes only a month after Prime Minister Sarcozy's rock-star wife pushed her husband to enact tougher laws to counter what she perceived as a threat to the royalties of massive music corporations.

Prosecutors are also looking into whether the prime minister broke French irony laws, which could mean years of hard labor touring with MGMT until eventually fading into obscurity and eventually overdosing in a dirty Minneapolis Motel 8.