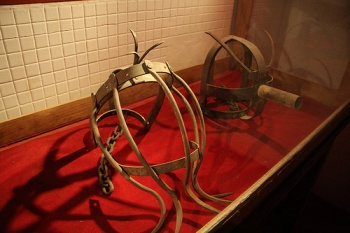 RS: Now, I'll ask you one more time...are there any plans to integrate the Natal?

Williams: Y-yes. sure do! The player will be able to hotwire cars, flip off cops, and the reintroduction of the controversial Hot Coffee mode buried deep within the code that will conveniently be found just as the controversy surrounding the game's main protagonist, a crack-smoking transsexual trucker named Priscilla, has died down.

RS: What about new content? Will DLC play a major role in your next game?

Williams: Sure, DLC has been a staple of the franchise since early in 2009. We're really excited about day-one DLC. Dragon Age has really set the standard for pay-to-play content. Our core game will be about 6 hours long, but if players are interested in playing more, they can unlock new areas of the map for 800-1600 Microsoft Points. We've seamlessly worked the DLC into toll bridges, so players who want to unlock a new area can simply fork over some real money and go to a new island.

RS: Some say that GTA 4 was about viewing America through the eyes of an immigrant; a story which mirrored the [Rockstar founders] Houser brother's own experiences of emigrating to the U.S. What are your thoughts on this?

Williams: Actually, don't think any of us thought about the story at all. We all got really tanked on vodka one night and when we woke up the next morning we found the plot to GTA 4 written on Dan's chest with a Sharpie.

RS: I know our readers really want to know where the next GTA will be set, so, if you please, enlighten us.

Williams: You really don't need that branding iron! GTA 5 is set in [sounds of distant gunfire].