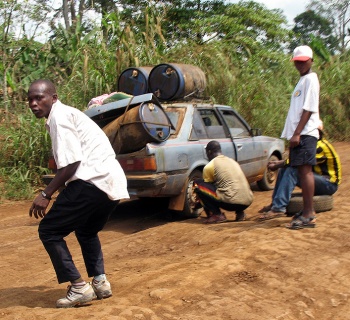 Last week, Bobby Kotick was overheard telling a friend that he was disappointed with MW2 sale in certain regions of Africa. Our source suggested that Kotick was probably talking about the Fruthruthu tribe in the western Congolese jungle of Sheeoba Tilikili, a small African tribe that barely even heard about the game's controversial airport scene.

We contacted the tribal leaders who had this to say:

"No, Activision's PR team really didn't drop the ball on this game," Said Chief Iso Abena. "We've heard of Modern Warfare 2, but since the game costs nearly three times more than our entire tribe makes in a year, we will keep playing our copy of NASCAR '08 given to us by UNICEF. That is, until a platinum version of Mew Two is released, or Africa rises above poverty and starvation, whichever comes first."