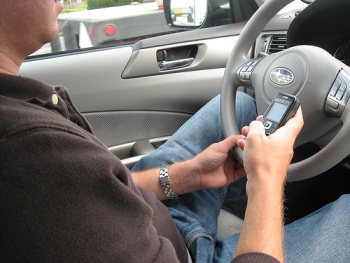 Last Wednesday, while "expanding my mind" on Wikipedia I ran across a particularly interesting study on the dangers of texting while drunk. Pay attention all you would be drunken texters, this may just save your life.

The study shows that people texting while intoxicated are 10 times more likely text the wrong person. In one example: Reynold Harrison, a British citizen accidentally proposed his undying love to best friend, Patrick Brushmith rather than his girlfriend of 10 years Denise Jacks. The situation was made worse when groggily Mr. Harrison awoke to find himself in a cheap hotel in Massachusetts with a wedding ring on his finger and a beaming Patrick at his side.

In a related story, a woman in Maine thought something was suspicious when her husband texted her 8 times over the course of an hour to tell her he'd be working late and she shouldn't wait up. Later that night her fears were confirmed when her husband started sending her messages like, "U shld C wht this chk is doing wth tnns rckt," and Then again later with, "fck, I thnk I txt my wife :(."

Not all drunken texting ends so poorly, however. In a one case, alcohol related texting actually helped police capture a criminal. In one story, a young man in a stolen convertible taunted police a dispatcher with text messages letting them know "im on hickry st. pigz!!!" Thanks to the criminal's good sense to include his current location, the police were able to stop him before his drunken texting got somebody hurt.