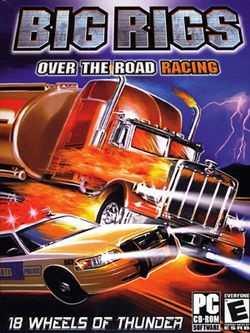 He took a long puff off his strange smelling cigarette and blew the smoke in my direction. He then offered it to me. I declined as I wasn't one to share smokes with other men.

After the pause in conversation, his tone changed, continuing in a more relaxed manner, "I'm not saying anything kid, it's a known fact. The truth is all out there on the internet. It makes me wonder what they teach in school these days. I bet you don't even know that the multinational conglomerates like Pepsico are sabotaging the game industry by injecting cash into the independent game market."

The desert had given way to mountains and we drove in silence while I inhaled the smoke, this was really starting to make sense. "You mean promotions like Games Fueled by Mountain Dew and the Xbox Live Independent developer's contest sponsored by Doritos? But aren't games made by small companies good for the gaming industry?"

He looked serious, "Funny thing, perception. To you, Abraham Lincoln is just a dude in a top hat who freed the slaves, right? But, if you look deeper into the history books, you'd know that he was cruel father. He made his three daughters pull a dogsled to and from their log cabin burdened by barrels of moonshine he needed to fuel his death ray. Thank god for John Wilkes Booth!"

His scowl told me I was mistaken. "The problem with indie games is that they subvert the natural order of game development. Sure, consumers benefit right now, but eventually shovelware crap will put the big boys out of business. Don't believe me? Just look at the crash of 1983."

"The crash of '83," I parroted, taking special interest in how it was pronounced. "Eighty-Three," I repeated, drawing the vowels out. "Eighteeee Threeee."

He seemed to ignore my exploration into sound as he was busy explaining something.

"In 1982, personal computers got a lot cheaper and our software was cunningly subverted by the Japanese. You see, they secretly plotted to release really, really awful games for every conceivable console so the market became so saturated that games lost all value. At one point, we were selling games for one-seventh their original value. We couldn't compete and eventually went out of business."

"Nineteen eighty two," I drawled, musing over how the lack of the "e" sound at the end of the word seemed to make it less friendly.

"I was a part of a special team that was supposed to be working on the big name titles of the day," Howie continued. "But, in truth, our team was actually part of a plan to sabotage the gaming industry. The Japanese had collaborated with a very famous movie producer to make a game so repugnant that not only would people not play it, they would actually recoil from games entirely. A few months after the game was released in North America and a few months later the entire games industry crashed.