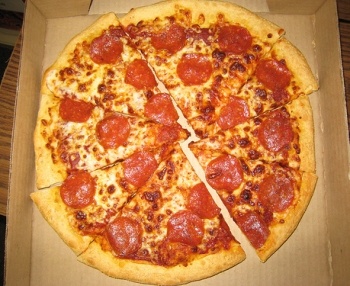 Luckily, Tennyson brought more to a night of gaming than a butt to fill a chair, and I'm not talking about his personality. His mom realized that he had trouble making friends and helped him bribe friends by giving him pizza money. This ensured that he always had friends to play with and our bellies were always full of pepperoni pizza on game nights.

So, when his 60 year old mother passed him a twenty from through the driver's side window on the day of the game after they pulled up to my apartment, I wasn't surprised at all. 20 years later, Tennyson still understood the reality of his tenuous friendships.

The only problem with playing at my house was that I was currently sharing the space with my father. Normally he just ignored me, but tonight he was sitting in the living room with the TV blasting Univision and asking me why Raquel didn't just leave that bastard Marco.

Why he was watching the Spanish language station was a mystery and would stay that way. My father and I had established a delicate balance. He watched TV, I spent my time on the computer. We acknowledged each other's existence only when it was necessary, especially when he went off his meds and started reliving his career as an Army mess Sergeant. Aside from having to peel potatoes it was peaceful most of the time, but recently my father had started taking an interest in stuff well out of his area of expertise.

I was nervous as soon as my friends started to arrive.

Jim set up the DM screen and stacked the dog-eared books on each side creating a fort of sorts. He motioned for me to move closer, and, nodding at Marion Sr., asked me if it was going to be cool. We were still on edge with regards to the man who had busted up one of our late night D&D sessions by making us do pushups in out in our driveway at 3am.

Jim seemed apprehensive as he passed me a character sheet covered in scotch tape you could write on and then erase. He had also marked important character details with a highlighter and made tiny notes about what dice needed to be rolled here and there, and what modifiers needed to be added under which condition.

Damn, I'd forgotten how much math was involved.

The answer was a little too immediate, "Female half-elf paladin." Jim didn't argue, Tennyson often ignored the rules. Arguing with him was usually pointless and always infuriating.

Jim glanced at the character sheet I'd been filling out while the others had been talking, "A dwarf fighter, eh?"

"Yeah, his name is Glamdir."

"That's a stupid name," the voice of my father shouted over a rerun of Alcanzar Una Estrella.

I didn't even turn around when I shouted "What would you call a dwarf then, Dad?" There was a bit of a pause then suddenly he was behind me. How did he sneak up on me all the time? I swear he was a rogue in another life.

"I sure as hell wouldn't call him-what was that-- Glammer?"