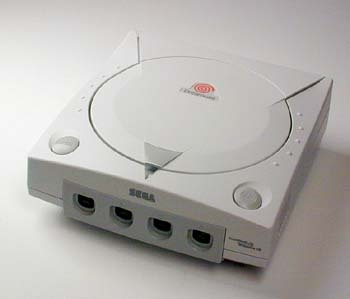 Robert's fascination with detail was never appeased with a simple answer. He'd make me research character back-stories - sometimes in painful detail. This is why I still remember some extremely trivial information about Sonic The Hedgehog, including where he was born (Christmas Island) and the names of all his fruity little buddies (Tichal the Echidna).

While Robert was surfing the internet from my blazingly fast 56k modem one day in 1995, he made a pretty insightful suggestion. He said that in a few years people would get all their game information from the internet. Robert also seemed to think Ziff-Davis' acquisition of EGM meant that game magazines were going online and that I should jump on the opportunity to freelance for internet game sites while they were still hiring people without journalism degrees. I think Robert was only half-talking to me. Looking back on it, he seemed much more interested in it than I was at the time.

During the next few months, we spent hanging out pretty regularly but it became pretty obvious that my friend wasn't healthy. He'd get short of breath just sitting on the couch watching movies or playing games, and it wasn't long before Robert quit the paper for health reasons.

Besides leaving me alone at the office, Robert left me with some of his editorial duties, a pile of modern literature I still haven't read, and a Star Trek flask emblazoned with the United Federation Of Planets emblem. He told me I'd need it. I found out what he meant almost immediately.

Rather quickly, I came to learn that Robert had shielded me from the professional criticism of "real" reporters. He had also answered questions for me that anyone working for a newspaper should already know. When he left, I was surrounded by reporters who had spent four to eight years conjugating verbs, compounding nouns and looking down their noses at anyone less educated. I wasn't an alumnus of Jerk School, and they could smell it.

I wasn't too surprised when I was fired. It was probably the best thing that happened to me - I got to (literally) give the middle finger to a bunch of stuck up college kids. The other good thing that happened was that I started freelancing for a Chicago-based videogame website. It specialized in cheats and walkthroughs for PlayStation games. Most of my job consisted of aggregating Usenet posts into FAQs and it wasn't particularly interesting, but it gave me time to play the bass guitar in a band. I meandered through life right up until I got married to a woman who didn't particularly approve of games, or fun or even me.

I learned a year ago that Robert Kaneichi had died of heart failure.

A mutual friend said that he died of a bad diet and stress. Robert decided to marry Nancy, a woman who had worked in the classifieds section of the paper. I had planned to call him to congratulate him but that never happened. Later, my friend told me that Nancy had cheated on Robert with his brother on the family room couch while he was asleep upstairs. When I heard that, I planned to call him and buy him a beer and share my own travails with women -that also never happened.

A month or so before Robert died, he sent me an email asking me how I was doing and asking if we might get together for some beers and Halo. I didn't mean to ignore it. It's just that sometimes you get caught up in your own shit and forget about what's important.

Anyway, I have to go; I think my Tateroni Pizza is done.

Marion Cox's invites his readers to honor Robert's memory by inventing their own Power-foods.

The Gauntlett: Tobias Buckell Has First-Hand Experience in Telling a War Story Karloff 0 Comments
Comments on