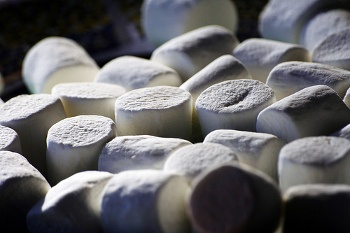 This RP is all about a bunch of crazy but brave marshmallows who are forced out of their home by an evil giant, and must escape all kinds of danger to find a new place to live. Things that seem almost boring in a human's life is deadly for these poor little guys, so they must use their special marshmallow powers to help them survive.
After being attacked by sea monsters, and almost kidnapped by a giant, they seek shelter in a forest-like place as they think of a new plan, but can they find a new home?

The group successfully rescued Allen from the UN prison and managed to do irreparable damage to it, but not without many injuries. Beaten and scarred, Anthony led them along a paper-trail to Paris. Under a trio of skyscrapers, a major UN headquarters, is the largest collection of anti-Mythos weaponry on the planet.

They set out to remove this threat, but in order to do so a tower would need to be felled. Wes objected to the thousands of lives that would be lost, but it was to be a show of the power of Mythos. For the group, and all their kind, it would be a statement that Mythos will not go down without a fight.

Once again, we find our group of Trainers at odds with Team Rocket. After failing to find Aari's killer, Magnus was overcome with rage, heartbreak, and loss. Eon, the infant "shiny" Vaporeon, made him realize that he still had a duty to his friends, so he must stay strong for them. With Dani and Alan joined as the newest members of their group, and Jeffrey recovering in the hospital, the Trainers must adjust until things return to semi-normality. The group turns their eyes towards Cinnabar Island, and eventually the small island where Rodney's family is waiting for them.

The Assassins' numbers have dwindled, so they have "confronted" several people to join. After giving them cybernetic implants to help them in their job, their leader Vincent explains that they've been hired to kill four people in three different groups. Francois and Evelyn are target A; Hanna, Rudi, and Dosney are target B; Vincent, Michael, and Karlheinz are target C.