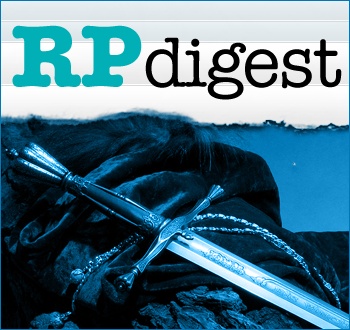 The Society of Justice

For almost 75 years now, the Society of Justice has done their best to protect the humble metropolis of Nova City from the trials of villainy. But most of those heroes have grown old and retired to a life of rest, relaxation, and Social Security. But with crime rising in the streets once again, it's time for a new generation to take on the burden of being a fighter of truth and justice!

It is here where this roleplay begins, with a number of novice heroes all working towards being a member of the Fourth Generation of the Society of Justice.

So join today and prove your worth amongst the tyranny of evil!

This is the story of seven warriors: a Warrior, a Black Mage, a White Mage, a Mystic Knight, a Paladin, a Summoner and a Gunner, chosen to guard a piece of the secret to unlocking a great evil that had nearly destroyed the world. From generation to generation, the secret has been passed down from parent to child, until all seven pieces were stolen within a short amount of time.

The seven warriors must head towards Torania, a small town that only stands out for its poor success. As the warriors travel, their luck is mismatched. Some get to Torania unharmed and with little or no encounters of the many monsters that dwell in the forest around Torania, others have battled many of the monsters and escaped becoming their meals. All seven warriors have an emblem that helps them seek out the other six, because when near another emblem, it will give a glow, stronger the closer it is to another emblem.

Once at the inn, the warriors begin to assemble slowly. Five have already arrived at the inn: Mystic Knight, Warrior, Paladin, Black Mage and Summoner, while the other two, White Mage and Gunner, are still on their way. Laxus, the one from the Warrior family, gives Alex, the one from the Black Mage family, a rough explanation of why they must gather. For now, the other five wait for the White Mage and the Gunner to arrive so that a full explanation can be given.

The story centers around an apartment complex in a small town in Ohio. The occupants go about their daily lives, or at least attempt to. The drama is a constant roller-coaster. Relationships have popped up. Two wars have been fought, and two stalkers have been hanging around. This RP has inspired a web-comic in the works by our own Rainboq and others.

A New World, With New Conflicts

A new world has begun, with new conflicts. It started peacefully, with the nations making military pacts and trade allegiances. The first major crisis was in Volaria, which suffered a massive drought. It was great to see the players ban together and help Volaria; deals were going down.

But alas, this peace could not live on forever; a couple of nations were inactive, and even when you are inactive, your country still goes on. When a leader denied trade unionists the right to safer working conditions, rebels thought it would be a good time to strike.

Much focus has been on the New Sans Morcos Rebellion, but there has been some other things going on. After the rebellion, one nation drafted a full constitution and switched its government style to a democracy, while another one held an election.

Currently, New Sans Morcos has nearly been overtaken by the rebels, Volaria is redoing its water system; Foinix just finished an election; Caeladon just drafted its constitution and Astricore is rousing the anger of its people.

Of course, there are always things that go on behind the works - that's a whole different part of a game: secret pacts, devious plots; it's all part of the game. The main thing to know is: "Keep your people happy and they'll keep you in power."