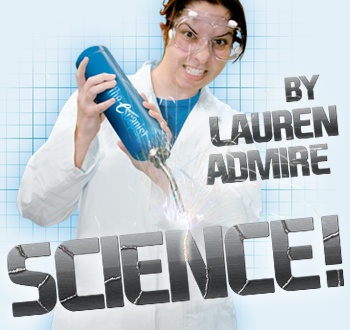 Mating displays aren't just for show - how well a bird can strut its stuff directly affects the fertility of the female and the health of the offspring. Well, that's the case with one species, at least: the Houbara bustard.

This desert bird lives in northern Africa and Asia and when mating season comes along, the males run in circles, with their heads lifted to reveal their sexy white throat feathers. Healthier males can run more laps and take fewer breaks, and this is very, very attractive to the ladies.

In the experiment, 90 female Houbara bustards were given a Chippendales-esque show by other birds while they were artificially inseminated. 30 females watched healthy male displays, 30 watched inferior male displays, and the other 30 watched other females. Females that took in the healthier males display laid eggs containing twice as much testosterone as eggs laid by females who did not. Testosterone is used in bone density and muscle mass. Further, more eggs that were laid by females viewing the healthy males hatched, as compared to the other groups. Overall, the "sexier" the dance, the more fertile the lady and the healthier the chicks.

This study holds promise for endangered birds whose populations scientists are trying to re-establish. "In a lot of cases, females are separated from males, and they never see each other," explains Dirk Schmeller, a biologist at the Station d'Ecologie Experimentale du CNRS. "If you have one row of females and one row of males, and they could see each other, that could improve the quality of the chicks. If these chicks are released into the wild, their probability of survival should be much higher than normal."