"About these guys from the campground ..." I begin cautiously.

"Yes-sir-ree. Them's was good folks. Reliable business. They dressed a bit outlandishly, but I ain't the type to judge."

"Outlandishly? Like, were they wearing a lot of yellow?"

"Oh man. Great big yellow outfits. Every last one of them. All heavy and clunky. I don't know how they could wear those getups in this heat, but they never complained. Always kept them real shiny, too."

"So you're saying the guys from Viper stopped by and rode your roller coaster?" I ask, no longer able to hide my horror or incredulity.

Tyrell smiles and points a knobby calloused finger at me, "You know them fellers?"

"I've met quite a few", I admit, omitting the detail that I've never met any Viper guys who are still alive.

I don't have the heart to tell Mr. Donaldson that the only guests he ever welcomed into his park were bloodthirsty terrorists who were taking time off from plotting to take over the world, and that the "campground" next door was actually their missile base, which I planned to destroy on my way out of here. He seems a gentle soul - if a bit slow - and styles himself as an honest patriotic sort. The truth would break his heart.

Tyrell wipes his brow and shades his eyes with his hand, "So you think you can help me out with this here robot problem?"

"Tyrell," I begin, my voice shaking slightly, "I don't think I can help you."

He looks back at me, despondent.

"I'm retiring," I tell him truthfully. This is a decision I made just moments ago.

"Welp, thanks fer takin' a look around anyhow," he says, poking his thumbs into the pockets of his polyester pants. "You sure you don't want to see the bottom level?" He nods towards yet another three-story staircase ahead.

He shrugs, "We got some wild-west building facades all set up, all authentic-like."

"Are they different from these ones?" I ask, pointing at the facades nearby.

"Naw." He's laying on the accent really thick now. I'd complain, but I think this is part of the coping process for him. An Old West park is obviously his dream. It's not his fault he was born with a passion for the Old West, no business acumen, dubious robot-building skills, and a complete lack of common sense. He's like the Salieri of amusement parks. Still, he'd pull off the whole image so much better if he stopped wearing the bowtie. 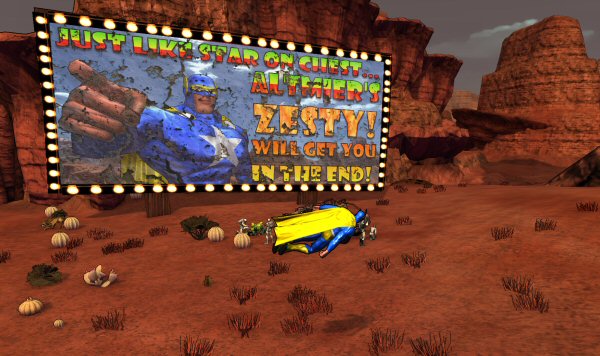 We say our goodbyes and I fly off. This retirement business is going to cost me my endorsement contracts. This is strangely liberating. I never felt good being a huckster for an "authentic" taco sauce that tasted like cheap ketchup with 2 or 3 picoliters of tabasco sauce per gallon. And I have ths uneasy feeling that State Trust Auto is some sort of ponzi scheme.

I'm not sure what I'll do now. Maybe I'll look for work as an actor. 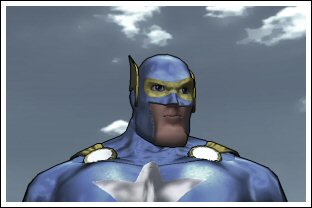 Star on Chest gave up crime fighting and went on to have modest success in Hollywood. He starred in the Michael Bay production "Hammer on Chest," a movie very roughly based on his own life experiences. He then starred in a number of unsuccessful low-budget direct-to-video action films. After that he appeared in the reality show "Nemesis Island" and the ill-fated NBC sitcom "Beverly Hills Heroes."

Later in life he took over as the host for The Price is Right for the Aging Drew Carey.

Having never been freed of the control of the PSI supervillain, Corporal Antoine Harrison's uncommon common sense and competence made him the most effective officer Millennium City had ever seen. He quickly rose through the ranks and was eventually elected mayor.

PSI leader "PSImon" was astounded when their thrall took office, "We've been trying to seize control of City Hall for years. We tried everything: Kidnapping, threats, ransom, and assassinations. But simply putting forward someone halfway useful and having them get elected in a legitimate election was something that simply never occurred to us. I still don't understand why it worked. And frankly, now that we have control of the city we have no idea what to do with it. Just balancing the budget is a pain in the ass. I barely have time to plan a half-decent heist these days." 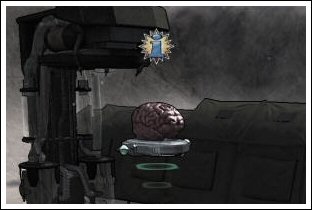 Once freed of the Overmind, the Big Brain announced that it was going to dedicate its massive intellect to solving the problems of war and world hunger. However, without so much as a skull to protect it from the harsh Canadian weather, the brain quickly froze solid and died. 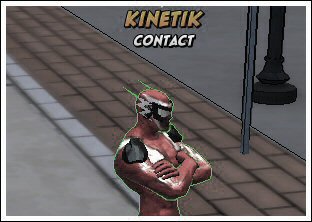 Kinetik continues to serve as a member of the The Champions. To date he has been captured and held captive by some of the most powerful and impressive criminal organizations in the world. 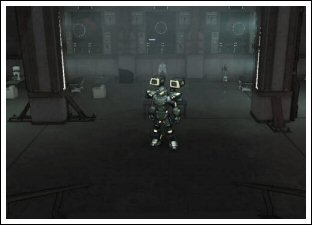 Viper was obliged to bail out the US Government during the financial crisis of 2014. Viper leaders insisted that their schemes required a healthy and vibrant adversary on the world stage, and that economic collapse would be bad for both criminals and the forces of justice.

Thanks for reading, everyone. Tune in next week when I'll be playing World of Warcraft. No, really.