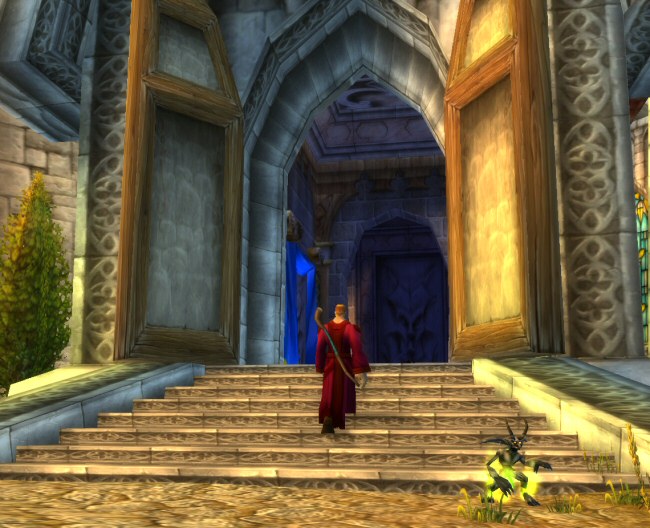 He's in there a while. I hear raised voices. Now I kinda wish I'd gone with him. Eventually he comes back out and heads for the fields behind the church again.

"So what's the word, boss? Did we save the kingdom yet?"

He mumbles something under his breath.

"What's that? I couldn't catch that. I think sometimes your mustache muffles things a bit."

He draws in a deep breath, "We're going to kill 8 more Kobolds."

"Sounds like a big job. Are any of the other half-dozen guards around here going to pitch in?"

He shakes his head.

He doesn't say anything.

"So what does he want us to kill this time around?"

"He wants us to kill 8 Kobold laborers."

"No, we killed Kobold workers."

"Well these are just ... different. Somehow."

"Why didn't he just ask us to kill these all in one go? Or why doesn't he move his dumb ass over here? Why make us walk back over and over? He's doing this to laugh at you. I'm telling you. He's probably got a bet going with the other guards to see how many times he can get you to do this."

"Marshal McBride is not playing a trick on me! He just didn't realize how bad the problem was until I told him about how many there were."

"I think I see how the forces of Good and Light work now. You're right. You're very different from evil."

"If McBride were evil, his lies would be way less insulting."

"But he doesn't have any idea what's going on right behind the building his men are supposed to be guarding." 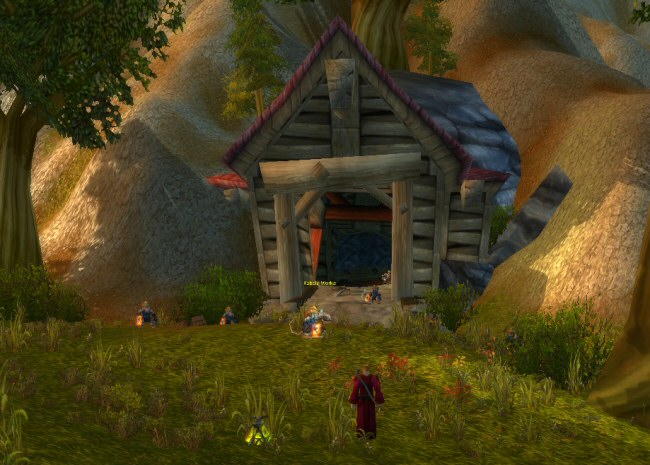 We reach a yawning mine entrance and come to a stop. Finally I ask, "So how do we tell the workers from the laborers? Since, you know, they're the same-"

"The laborers are inside the mine."

"A mine. Infested with Kobolds. And they didn't know this until you told them? Didn't any miners happen to mention that their dig site was completely overrun this morning? How did all these Kobolds get in here?"

"Maybe they ..." Norman trails off as he looks back to the main gate, which is the only way in or out of this boxed-in valley.

"Maybe they what? Maybe the Kobolds marched past all the guards who were asleep at their posts? Is that what you're thinking? Because that's what I'm thinking."

"Marshal McBride would never fall asleep at his post!"

"You're right. He probably just let these rats in here. They probably bribed him with a few coins and a bottle of cheap booze."

"You stop speaking ill of him right now!"

"I'll bet that's what he's paying you with. He's paying you a cut of the bribe money he took to betray his people. Now he's having you kill them so that-"

"No! Stop it! As your master I command you to say something nice about Marshal McBride right now!"

I clear my throat and announce, "Marshal McBride is incredibly talented at screwing you."

Norman goes red in the face. For a minute I'm wondering if he's going to banish me (like I would care) but instead he raises his voice an octave. "You are such a ... a ... mean jerk!"